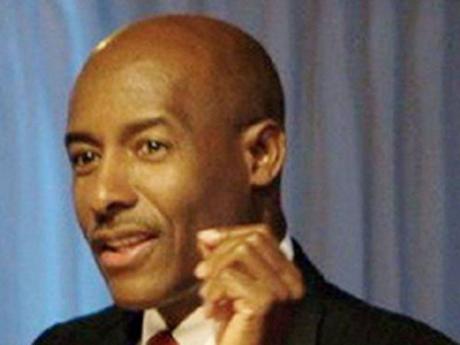 Dr Peter Phillips and his team have secured agreement on a staff letter with IMF negotiators.

It is an important development but it is not yet success or completion. Those will come when the IMF board signs off on an agreement after certain prior actions are taken.

The talk of no public-sector redundancy seems to put political expediency - couched as caring for the poor - above the terribly high cost of an overmanned government apparatus, and the benefit of converting our unwieldy and inefficient bureaucracy into an efficient, productive and client-serving system.

The private sector, and especially small and medium-sized businesses, needs to see the Government as an efficient and caring-for-business partner which sorts out legislative, regulatory and political roadblocks in a fair, transparent and openly accountable manner.

In that mix of changes, we must include the matter of our perennially overvalued Jamaican dollar and stop fooling ourselves that this consistently overvalued currency provides any assistance to the poor.

Who benefits from the overvalued dollar? In Jamaica's case the one-word answer is: importers; in a phrase: primarily the importers of consumer goods - consumer goods which we have not been able to afford for years and for which we have paid with hundreds of billions of unwisely borrowed dollars.

We have had no economic growth policy for many decades, so we produce so little to export or forgo imports.

Instead of crafting and implementing a growth and productivity policy, much of our private sector and practically all of our government have participated in a policy - unknowingly, probably - of keeping our currency overvalued, because allowing it to find a more realistic level would 'inflict inflation on the poor'.

In the meanwhile, we use our overvalued Jamaican dollar to shield ourselves - (fooling ourselves) from the real cost of the imports of high-end German, British, Japanese and American vehicles, and some mid-range ones as well.

This is a double whammy because we use the same currency measure to price expensive imported petroleum products which fuel expensive cars whose real costs - fuel and cars - are disguised by the overvalued Jamaican dollar.

Importers of many agricultural products who secure waivers (less under the current Government) and use their overvalued Jamaican dollar to price goods to poor consumers laugh all the way to their profitable banks.

So how does one decide that one's currency is over or undervalued? The simplest method starts with what economists call a 'standard' basket of goods and services common between two nations.

Very few two baskets are perfectly matched so there is always room for discussion and even disagreement — the lifeblood of any good democracy.

Other factors like inflation, based on the consumer price index, are built into the calculations. The calculations allow us to arrive at the purchasing power parity (PPP) between the currencies of the two nations.

Jeremy Brown, a former partner of one of the biggest accounting firms in the world, shared data from 1970 on the Jamaican dollar with me - the rate was then J$0.83 = US$1 - and calculated that only in 1991-93 was the local currency's PPP higher than the US dollar.

That is not my recommendation, just simply where the numbers lead us.

Those people who will shriek and call me a messenger of doom, or worse, are instinctively saying the Jamaican economy is much more productive than some of the fastest-growing and most productive economies such as Korea, Turkey and Israel.

Since the value of the currency is a clear reflection of our productivity and economic growth, then our overvalued currency says that our economic performance outshines South Korea's - about 27 per cent undervalued against the US dollar; or that of Turkey's - 42 per cent undervalued; or Israel's - about nine per cent overvalued, according to a study on PPP by the University of British Columbia.

At a time when Japan, the countries of the Eurozone, China, Mexico, Britain and others are in a 'race to the bottom' for currency values against each other and certainly against the US and Canadian currencies, we have importers, politicians and others saying how we cannot afford to let our currency find its more normal value because we will trigger inflation and hurt the poor.

They refuse to say that we will have to borrow more money to prop up a weak but over-valued currency.

Either because of hypocrisy, lack of knowledge or misdirected knowledge, they will argue that we cannot afford a currency at a more appropriate level, so I suppose we can afford to borrow more money to support its unsustainable level.

We have J$860 billion in the NDX programme; a devaluing dollar will make those payments easier even while it does the opposite with our US dollar-denominated debt.

With an average economic growth rate of a mere 0.8 per cent over the last 40 years, extremely low productivity levels and very little produced locally to earn foreign currency, we have borrowed for 18 consecutive years to prop up a weak currency.

We are in the middle of a crisis and we need to change this behaviour if we want changed and improve results in our debt-management programme.

Higher prices will force us to import less and become inventive at producing more and employing more Jamaicans.

Special tariff and duty arrangements will have to be given to importers of raw materials and equipment for productive, Jamaican-people-employing activities. All importers, luckily, are not alike.

Aubyn Hill is the CEO of Corporate Strategies Limited and was an international banker for more than 25 years. Email: writerhill@gmail.com; Twitter: @HillAubyn; Facebook: facebook.com/Corporate.Strategies