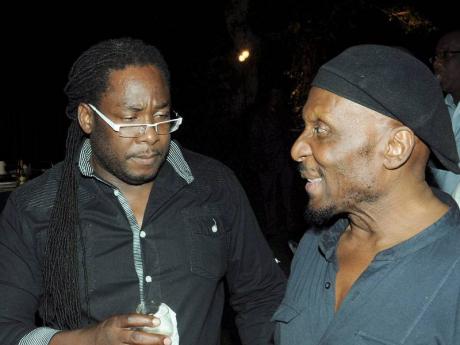 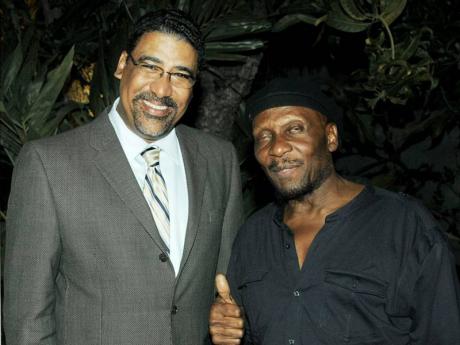 Minister of Tourism, Wykeham McNeill (left) and Jimmy Cliff at the cocktail reception in honour of Jimmy Cliff and star of the VW 'Get Happy' ad, Erik Nicolaisen, on Wednesday night. 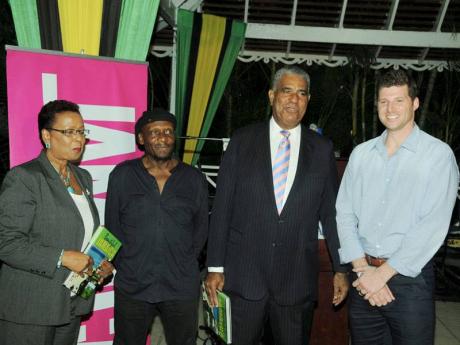 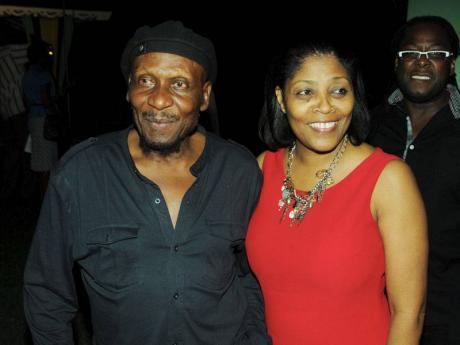 Jimmy Cliff and Pegasus' sales and marketing director, Prudence Simpson, at the cocktail reception in honour of Cliff and star of the VW 'Get Happy' ad, Erik Nicolaisen, at the New Kingston hotel on Wednesday night.
1
2
3
4

On Wednesday night the Jamaica Tourist Board (JTB) unveiled its newest campaign in the gardens of The Jamaica Pegasus Hotel, New Kingston.

The campaign, 'Jamaica Me Happy', was unveiled at the reception in honour of Grammy award-winning music icon Jimmy Cliff and star of VW's 'Get Happy' commercial, Erik Nicolaisen.

Minister of Tourism Wykeham McNeill expressed his admiration for the promotion of Brand Jamaica through the ad. "As you are aware, the 'Get Happy' commercial has been causing quite a stir internationally, with persons expressing differing views about it both in the public media and on social-media platforms. I happen to like the advertisement and support it wholeheartedly, so much so that I encourage everyone to do as it recommends and tap into your inner Jamaican and 'get happy'," McNeill said.

McNeill also paid tribute to Jimmy Cliff for his recent Grammy award win for the album, Rebirth. McNeill noted that the award is "a tribute to your hard work as a musician and as a musical ambassador".

Cliff said he was grateful for the opportunity to bring Brand Jamaica to the fore. "I am happy to be doing something uplifting for Jamaica and I will continue to do the work that I've been doing," Cliff said.

The Jamaica Me Happy campaign will focus primarily on new media and social-media platforms such as Facebook and Twitter.

"What we have done is to get 27 hotels rates and put them together for a campaign. We recognised that on YouTube, something that has gotten 13 million hits will provide a great boost for Brand Jamaica. We've gotten Eric and brought him to Jamaica. So far, we have done some filming at some iconic destinations including Mystic Mountain and Dunn's River Falls," McNeill told The Gleaner.

"We are in the process of putting everything together, but I know once we package it and put it together, it will be very easy to get off the ground. We're very confident that the Jamaica Me Happy campaign will effectively ride the wave of publicity created by the VW ad."

Nicolaisen, who said he caught on to patois through his brother-in-law, was also excited about being a part of the new campaign. "I was really excited to be a part of the VW ad because it was a script that I would love to do. I didn't expect the controversy surrounding the ad. I mostly thought that it wouldn't be funny, maybe, and that it would fall flat and nobody would like it," Nicolaisen said.

He added that now that he is in Jamaica he continues to speak patois with people who approach him. "I think the VW ad was amazing and I'm glad to be a part of something that supports Jamaica," Nicolaisen told The Gleaner.