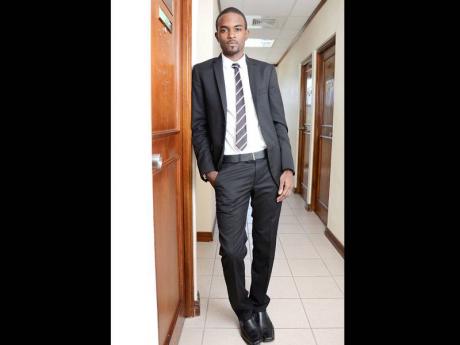 What is a housing price bubble?

The housing bubble in Jamaica is associated with the rapid increase in housing prices relative to average income and average price of goods and services in the country.

Basically, it is a situation where housing prices are very high, beyond what is affordable for the average working citizen. As of 2007, a real-estate housing bubble has existed in many countries, including the United States (US), Argentina, Jamaica and the United Kingdom, among several others.

Typically, the housing bubble arises from the artificial increase in prices beyond their true value. The Jamaican asset-price bubble started the same time as the international housing-price bubble that contributed to the global financial crisis.

What causes the housing bubble?

Under normal circumstances, low interest rates in an economy would encourage excessive borrowing as individuals acquire additional assets, including housing, since the cost of borrowing is low. This increase in the demand for homes would inflate the price of housing, causing the bubble to develop. The is similar to what happened in the US, which contributed to the recent financial crisis.

In Jamaica, however, the situation is different because interest rates are high. The main problem, therefore, is possible collusion between developers, brokers, bankers and lending institutions, who restrict the supply of houses, hence inflate the prices. This collusive behaviour prevents the market from operating efficiently to determine a fair price.

How does the bubble affect you?

The general rule of thumb is that the average household expenditure on housing should be approximately 25 per cent to 32 per cent of total income; this includes principal, interest payments, property taxes and insurance.

The National Housing Trust (NHT) gives each individual $4.5 million irrespective of whether they are purchasing houses in the rural or urban area. Housing is more expensive in the urban areas, which should suggest that more ought to be made available to those purchasing in urban areas. The average price of a two-bedroom house in a city or tourist area is $13 million.

Is there a housing problem?

The national squatter survey reports that between 15 per cent and 25 per cent of the population lives in squatter residence. In a policy assessment of squatting in Jamaica, Jimmy Tindigardukayo (2005) identified the following reasons for squatting: rural and urban migration, economic hardships, political support, the availability of idle land, and housing shortages.

If there are not enough houses available, some people have nowhere to live so they squat. The NHT, by not building houses or facilitating such, is helping to keep the supply low. Not enough houses means the demand is high, so the price of houses will increase. This biases the market, which can only be corrected if the supply of housing increases. The country needs affordable housing corresponding with people's income levels.

How can you protect yourself from the bubble?

Don't take it for granted and assume that the value of your house will increase at the same pace as it has been doing for the last five years. More than likely, this will not be the case.

Don't be hasty to purchase a house just because you think you might miss out on the opportunity to do so in the future. Be patient. You will find the right house at the most affordable price in due time.

Don't buy a house you cannot afford just because you think it will appreciate in value. Always remember that the more prices increase the rate at which they increase will decline.

Don't buy extravagant houses at this time as the value may depreciate soon. If you must buy now, choose a modest house until the bubble bursts.

Avoid buying a house in areas which have appreciated rapidly in value over the last couple of years as the value might not appreciate further; hence, you will not benefit. Choose a community that will appreciate in value.