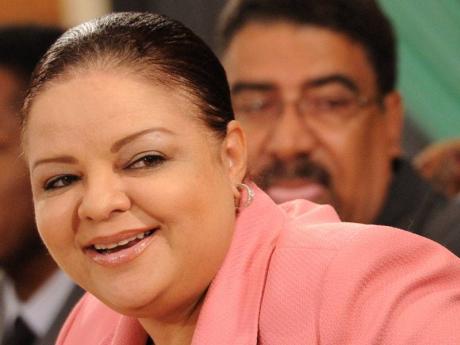 THE GOVERNMENT'S proposed Budget for 2013-2014 is to be laid in the House of Representatives in the afternoon of Thursday, April 4, following presentation of the Throne Speech by Governor General Sir Patrick Allen in the morning.

Minister with responsibility for information, Senator Sandrea Falconer, at a Jamaica House media briefing, held at the Office of the Prime Minister said the budget debate will begin on Thursday, April 18, with Finance and Planning Minister Dr Peter Phillips making his presentation. Opposition spokesman on finance, Audley Shaw, will make his contribution on Tuesday, April 23.

Opposition Leader Andrew Holness will speak on Thursday, April 25, and Prime Minister Portia Simpson Miller will make her contribution on Tuesday, April 30. The Budget Debate closes on Wednesday, May 1.

Meanwhile, the minister said Cabinet has given approval for amendments to the Crown Property (Vesting) Act, to be tabled. The bill seeks to make changes to the act, in order to establish a land divestment committee.

This is to ensure government-owned lands are disposed of fairly, transparently equitably and to widen the base of land ownership in Jamaica.

The proposed amendments address the composition of the committee, its functions, tenure and procedure for meetings.