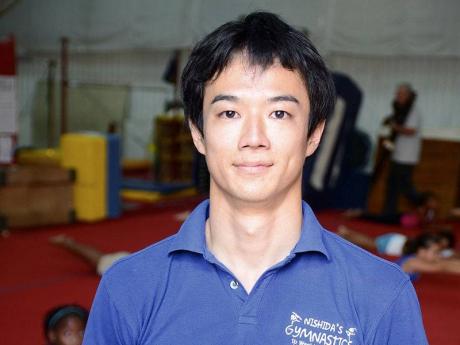 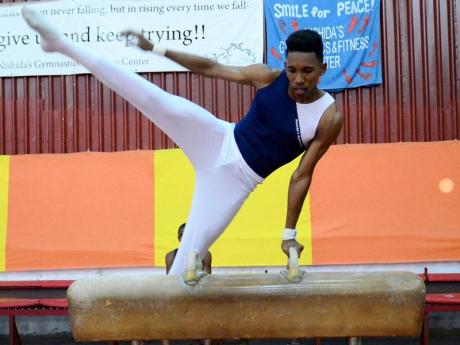 Jamaica will for the first time be represented at the highest level in the Junior Olympics gymnastics programme when three of the country's brightest prospects take part in the Gasparilla Classic starting today and running until Sunday.

The three boys, who will be competing in level 10, are scheduled to depart the island early this morning for Tampa, Florida, along with six others and their coach Shin Nishida.

"This is the first competition that Jamaican male gymnasts will be challenging at level 10, which is the highest level, so if they win in this level it is a big step forward," Nishida shared with The Gleaner when we caught up with him at his gym on Wednesday.

This is, however, just a small step in Nishida and his young charges' overall ambitions, as they target the 2016 Olympics with hopes of becoming the first set of gymnasts to represent the country at the games.

"A year before the Olympics there will be competitions to qualify, such as the World Championships in 2015," Nishida shared. "The total score to qualify for the Olympics is 83, 82 and they (level 10 gymnasts) are now getting between 76 and 77, so they need to be getting five points more than what they are currently getting.

"We have three years, so if they get two to three new skills each year without making huge errors in the routine it (qualification) is going to happen."

The Japanese native, who moved to Jamaica in 2004, will aim to qualify the gymnasts for the Olympics as individuals, as it will prove challenging to meet the criteria to compete as a team.

"To go as a team, we would need eight persons, including two reserves, but in the island there are only about four gymnasts competing at level 10."

One thing that is threatening to derail the gymnasts' ambitions is funding, as they would need to take part in qualifying tournaments leading up to the Olympics. In addition to the 2015 World Championships, which they must compete at to qua-lify for the Olympics, Nishida would like to have his team participate at the Pan American Junior Games, Pan American Games (senior) and Pan American Cup (open) later this year, and the Commonwealth Games in 2014.

The team to the Gasparilla Classic has been sponsored by Dann's Electrical and Jamaica National, but it has still not proven enough, as one of the winning members of last year's triumphant level nine team, Jiovannua Jackson, will not be making this year's trip due to insufficient funds.

The level 10 gymnast will compete tomorrow, while the others will take centre stage on Sunday. They will wrap up their visit to Florida by participating in two training sessions on Monday and Tuesday before returning to the island on Tuesday evening.