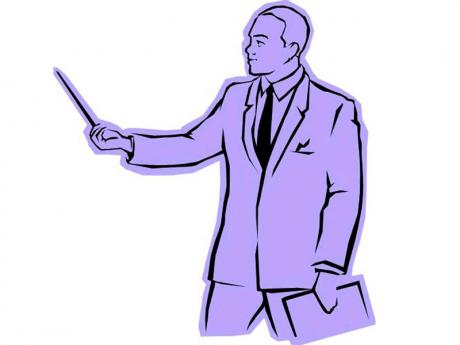 Highly successful Jamaican executives - those whose personal drive has helped them win the top spots - often don't realise that they must do more to coach others towards high performance.

Consider the problem from its roots. Usually, CEOs and managing directors distinguish themselves through above-average time-management skills, energy and ambition; these traits give them an edge to produce results that leave their colleagues shocked by their output.

Those who work closely with such exceptional people have the opportunity to gain new skills simply because they can become inspired to achieve higher standards.

However, executives' strong competitive instincts often hold entire companies back. Even after they've 'won', many top executives continue to compete with their colleagues, simply because that attitude has always been part of their success formula.

In the worst cases, in the absence of a mentor or boss to provide feedback, executives' competitive spirit turns into arrogance and hubris — they use their productivity skills to 'stay ahead' rather than increase the company's output.

Still stuck in their former mindsets, executives continue to fight for their own positions instead of coaching their colleagues. What they don't realise: executives who can lift the entire team's productivity attain better results, glowing reputations and, most importantly, higher profits for the company. Sharing their skills would help, not hurt.

So why don't refined productivity skills get passed on and multiplied, even among colleagues with great rapport? If we examine the sources of the inefficiency, it's easier to find solutions.

Time management is actually a misnomer; it's impossible to manage time. Instead, we manage ourselves: our habits, practices and rituals. Unfortunately, as important as these skills are, they aren't taught systematically.

As teenagers and young adults, we are left on our own to sink or swim. Successful students have already invented a system for themselves. Those who aren't able to do so end up failing CXC exams, music tests and football competitions.

This continues into the Jamaican workplace, where only rudimentary time-management skills for entry-level employees are taught, if anything is.

Top executives might complain about a lack of productivity around them, but they don't do enough to compensate for the lack of solid training their colleagues have received by becoming teachers of these critical lessons.

2. Executives stop learning: Employees in Jamaican companies are unaware of world standards in time management and productivity because they become complacent by comparing themselves with others in the office. When they believe, correctly, that they are one of the most productive people they know, they tend to relax.

The downside to their competitive nature is that once they have 'won', they don't look for other games to play.

Top executives often learn rapidly but, in keeping with their competitive streak, they often do so quietly. To others, they seem to pick up new skills by magic without exerting any apparent effort. But enlightened executives must do the opposite: show their weaknesses and developmental needs openly and share their learning progress.

Their colleagues, hungry for role models who do more than just talk, will benefit from this information. They need actual, live demonstrations of high skills. Executives who share teach employees to find the baby steps that allow for dramatically improved performance.

Sharing their learning as it takes place can help employees get past the mystery of culture: low productivity is not 'Jamaican', and anyone can become more productive at any time. All they need is knowledge and a commitment to new habits, practices and rituals.

When people share these transparently, anyone can grow in leaps and bounds.

CEOs and MDs who take this challenge can improve a company's productivity one person at a time and thereby expand a firm's capacity for profits. It's the true meaning of a learning organisation, one that's led by an open commitment to personal improvement, starting at the top. It's the opposite of the competitive, overconfident and arrogant attitudes that are so often encouraged.