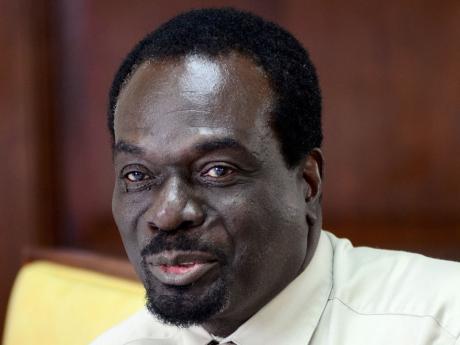 Professor Everard Barton, chief of nephrology at the University Hospital of the West Indies, and chairman of Caribbean Institute of Nephrology, has called on the Government to make haste in passing tobacco-control legislation.

Barton, speaking during a recent Gleaner Editors' Forum at the company's North Street offices, said the implementation of a Tobacco Control Act would go a far way in reducing kidney-related illness.

He argued that the policymakers should focus on "preventing smoking in public places and indicating especially to the young the dangers of smoking".

"Smoking in itself can cause plaques to be laid down in the vessels, less blood flow to the kidney to the heart," said Barton.

"I am committed, as minister, to bring by the first quarter of financial year 2013-14 a (Comprehensive) Tobacco Control Act that will deal with a smoke-free work place and public space. This is something we have to look at," he said.

The Comprehensive Tobacco Control Act is designed to reduce demand for tobacco products over time, protect persons and the environment from tobacco smoke, and prevent the elicit supply of tobacco products.

The enactment of the legislation is in keeping with obligations under the Framework Convention on Tobacco Control, which Jamaica ratified in July 2005.