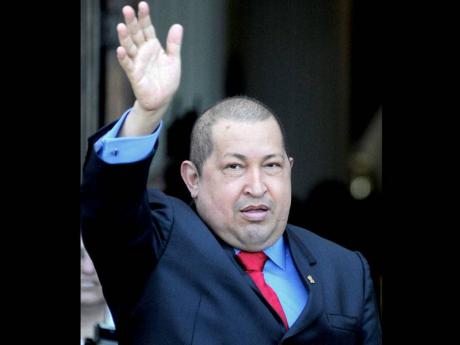 Late Venezuelan President Hugo Chávez predicted, during a visit to Jamaica eight years ago, that the PetroCaribe arrangement would save participating countries billions of dollars from crude oil purchases.

"We are talking about hundreds of millions of dollars given on credit that has been used to provide balance of payments support," Hughes told The Gleaner.

"Without it we would have had serious challenges on the balance of payments front," he added.

During a Gleaner Editors' Forum last year, Hughes, who was the financial secretary at the time, estimated that a discontinuation of the PetroCaribe arrangement could result in a US$600 million-per-year impact on Jamaica's balance of payments.

When Chávez's health began to deteriorate, it caused jitters among Jamaican government officials who were uncertain about the future of the concessionary oil deal.

Approximately two-thirds of the crude oil imported by Jamaica comes from Venezuela.

Under the PetroCaribe agreement, which was launched in June 2005, Venezuela allows Jamaica and 17 other countries to purchase oil, requiring between five and 50 per cent of the cost upfront.

The remainder is paid over a period of between 17 and 25 years under a special financing arrangement that attracts interest at one per cent.