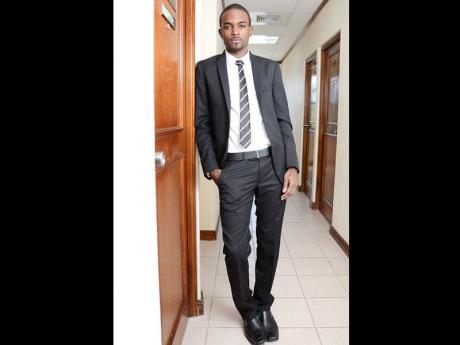 With more than nine months remaining, will the currency
depreciate further? Will the exchange rate reach $100 to US$1, or can
the Jamaican dollar regain stability gradually?


What is currency crisis?

There are many definitions for the term 'currency crisis'. Basically, it arises from a series of events that result in a significant depreciation of a country's exchange rate.

Alternatively, Milesi-Ferretti and Razi (1998) explains that this 25 per cent depreciation should at least double the depreciation of the previous year.

The definition is sometimes simplified to include large changes in an exchange rate index coupled with a decline in the country's Net International Reserves (NIR). Either way, under any of these circumstances, a country's currency is in crisis.

What factors contribute to a currency crisis?

Throughout the literature, different studies have identified different factors that contribute to a currency crisis (see Glick and Hutchinson 2011). Money or domestic credit growth in a country can impact the value of the currency, huge fiscal deficit and current account deficit can also contribute to the crisis.

If the real exchange is overvalued at any given time, then as the true alignment occurs, the currency will depreciate drastically. Adequacy of reserves relative to short run foreign currency obligations will put pressure on the currency.

If a country has limited reserves and there is an increase in its short-run foreign debt obligations, such is the case in Jamaica at the moment, this may lead to additional decline in the value of the dollar.

Is Jamaica in a currency crisis?

Way below the 25 per cent depreciation required. Now in 2013, the currency has been depreciating rapidly, and speculators are curious that the currency may be under attack and Jamaica might experience a currency crisis soon.

Is this the case? Currently, the exchange rate is $97 to US$1, a depreciation of approximately eight per cent since the start of the year. With more than nine months remaining, will the currency depreciate further? Will the exchange rate reach $100 to US$1, or can the Jamaican dollar regain stability gradually?

Why is Jamaica's exchange rate increasing?

The rapid increase in the Jamaican exchange rate since the start of the year is as a result of the high local demand for United States dollars relative to the supply. Countries with floating exchange rates regimes, such as Jamaica, can defend their currency by selling foreign reserves to cushion any increases in demand, which helps to keep the exchange rate stable.

However, if a country is low on NIR, and such is the case in Jamaica now, it does not have the ability to sell as much reserves to meet the demand as it would like. It has less control over exchange-rate depreciations. Until Jamaica can replenish its reserves, attract foreign investment, or increase its foreign currency inflow by some means, the exchange rate will continue to fall.

What is being done?

Generally, to prevent a currency crisis, a country must strengthen its financial sector to attract foreign investment to increase the inflow of foreign currency.

Under normal circumstances, the country would increase interest rates on domestic bonds and other financial instruments to attract foreign investment.

However, given the requirements of the International Monetary Fund (IMF) agreement, Jamaica had to reduce interest rates on instruments to help reduce the debt obligations, which are also another burden.

So the country cannot explore the interest rate option. Additionally, there is no guarantee that an increased interest rate will result in an inflow of foreign investment anyway.

The IMF deal seems to be the country's only way of receiving the necessary amounts of foreign currency required to increase the supply to stabilise the dollar. As it stands, there is a strong possibility that the IMF will sign the deal before the start of the next financial year in April. With this in mind, the exchange rate will continue to fall until then, if the demand remains relatively the same.

Dr André Haughton is a lecturer in the Department of Economics on the Mona campus of the University of the West Indies. Follow him on twitter @DrAndreHaughton; or email editorial@gleanerjm.com