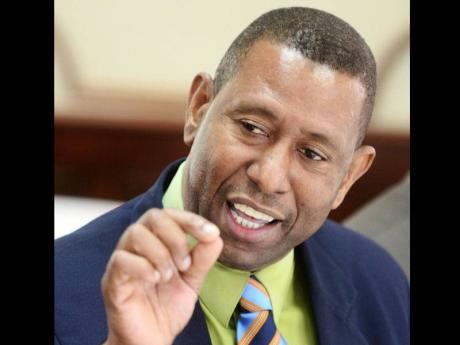 Queen's Counsel Michael Hylton, chairman of the GLC, said yesterday that the Canons of Professional Ethics rules that govern the profession very clearly forbid conflict of interest. He said they also forbid a lawyer from acting on both sides.

Hylton noted that when the GLC is aware of allegations, it does not rely on media reports but instead conducts its own investigation to get the real facts. He said also that when a matter was being investigated, it was not appropriate to comment on it.

When Hill's case came up for trial on Monday in the Home Circuit Court, Wildman said he was retained by Hill to assist in the liquidation process. He said his instructions were that there had been some developments which should result in the depositors of the scheme being in an advantageous position to benefit.

The case was put off until next Monday. Hill, who is being represented by attorneys-at-law Valerie Neita-Robertson and Deborah Martin, is charged with fraudulently inducing persons to invest in Cash Plus.

Wildman, who is the former trustee in bankruptcy, told The Gleaner this week that Hill did not pay him to represent him. He said he was only assisting to ensure that the depositors get back their money because they were suffering severe financial hardships.

He said Hill had asked him on Monday to speak with Director of Public Prosecutions Paula Llewellyn to get an adjournment so he could pay back the depositors.