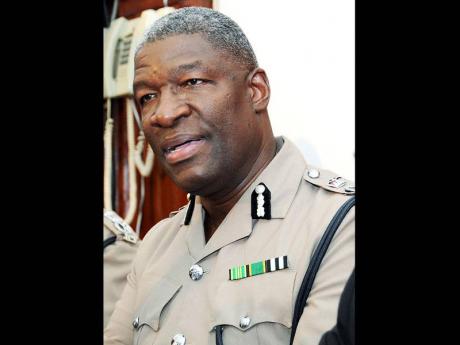 POLICE COMMISSIONER Owen Ellington is unfazed by the reported low clear-up rate of crimes so far this year.

Ellington was responding to a Gleaner story last week Tuesday that showed that the clear-up rate for crimes in the first seven weeks of the year is lower than the corresponding period in 2012.

The Jamaica Constabulary Force reported an 18 per cent clear-up rate of murders for the first seven weeks. Ellington said it was too soon to start making comparisons.

"You can't discuss the clear-up rate for crime in the first month of the year," said Ellington. "You wait until the end of the year."

Speaking hypothetically, he said if there were 100 murders in the first week, there would probably be a zero clear-up percentage, even if the police had persons in custody. He said the average murder takes about three months to clear up, especially if the crime is a gun murder.

"And in an environment where people are afraid to talk, it takes time, it takes effort, to persuade individuals to even say something without committing it to writing," he said. "And for the detectives now to go around and find additional evidence, to get to the stage where you can actually say you can charge someone," Ellington said, it would be better to analyse an entire year's data.