Cash Plus payday - US$75m identified, could start reimbursing investors, according to documents 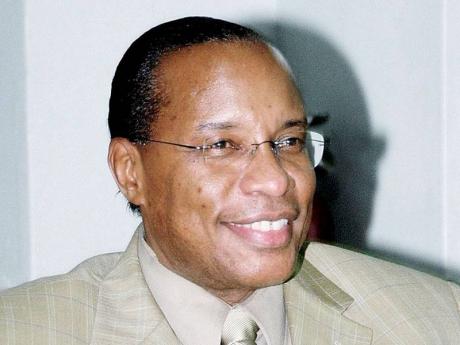 Cash Plus investors have greeted news of a possible payout with excitement and cautious optimism.

Yesterday, news first broke through The Gleaner/Power 106 News Centre that former head of the failed investment club, alleged fraudster Carlos Hill, has indicated to the authorities that he wants to make amends.

One investor, with whom The Gleaner spoke, said: "This has been a long time in coming. It's the best news I have heard for a long time."

The investor, who asked not to be identified, added: "I am very hopeful of getting back my hard-earned money. When it (the investment club) failed, I did not get back one red cent, and I want back every single dollar."

Another investor, who had millions in the scheme, said: "This is wonderful! At least we are going to get something."

He continued: "I have been waiting for a long time and this action is a step in the right direction."

The investors had high praises for former Cash Plus liquidator, attorney-at-Law Hugh Wildman, who they described as "passionate" about getting investors back their funds.

According to a reliable source, a foundation in the United States sent bank records verifying the US$75 million which is available to Hill for distribution to the investors.

The source further said the trustee in bankruptcy, who is handling the affairs of the Cash Plus investors, will have to make arrangements to get the money from the foundation.

The source said the money represents three-quarters of the principal owed to depositors and Hill needs another week to get the balance.

Only those investors who are registered with the Office of the Trustee in Bankruptcy will be paid their principal.

When contacted by The Gleaner yesterday, DPP Paula Llewellyn acknowledged that she has received some documentation from Hill, but she said the records would have to be investigated to determine their authenticity.

Llewellyn said she would have to get an independent investigative unit to attest to the veracity of the documents.

On Monday, Wildman had appeared in the Home Circuit Court and asked for an adjournment to give Hill time to pay the investors.

Hill's trial for fraudulently inducing investors to invest in Cash Plus was put off until Monday, March 11.

Wildman, who is the former liquidator for Cash Plus, said in court that he was only representing Hill in the liquidation process.

The attorney, who has since come under fire, said he was not being paid by the former Cash Plus boss.

He said he was only seeking to fulfil his mandate to investors who have been suffering severe financial hardships since the investment club crashed in 2008.