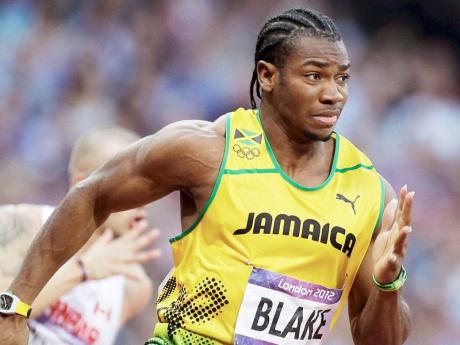 IN JAMAICA, the movement of children from school to school has been happening for decades. The reasons are various: families may relocate; religious preferences; academic programmes which one school offers; a desired extra-curricular programme.

Probably the most popular reason has to do with sports. Some schools have excellent programmes in certain sports and the parents of children who have talent in these sports may seek transfers to these schools. Cricket is a case in point, as many schools do not even have a cricket programme. Even some less popular sports like basketball, volleyball, girls' football, badminton and rugby sometimes lure students from one school to another.

Many years ago, the sports departments in some schools, often urged on by past students, began to recruit talented students from other institutions because they wanted to win the various sporting competitions. Along with the recruitment of these talented young persons, they developed top-flight coaching programmes and put facilities in place to hone these talents.

This practice has borne good fruit, and one notes with satisfaction that athletes ranging from Merlene Ottey to Yohan Blake are products of this 'system'. In fact, I suspect that the majority of our Olympians have been 'transferees'!

Somewhere in the 1970s, this system began to get out of hand. It was suspected that youngsters were attending some schools simply to play sport. Principals would be placed under pressure by past students and other persons to allow this and to extend to these students privileges not afforded others. Schools were suspected of cheating. This was detrimental to the school and especially to the students who were given the 'bligh' or who knew that the school was bending the rules.

The principals got together in Inter-Secondary Schools Sports Association (ISSA) and, partly to protect themselves from this unnecessary pressure and to curb this anti-educational and dangerous development, established a number of rules re transfers and re the academic performance of students who represented schools at sport.

These new rules went a bit far and nearly every year, are tweaked to make them fairer and better serve their intended purpose. To date, however, there are still flaws, and many principals accept this.

There was a condition that exempted sixth- formers from most of the rules as it was agreed that a sixth former was not the kind of person for whom many of the rules were intended.

For some time, schools were accepting students into sixth-form who were not fully qualified. A school with which I was associated took a girl into the sixth-form who although studious, had received, after two attempts only three 'good' Caribbean Secondary Education Certificate (CSEC) passes instead of the regular five. She was an excellent athlete and we kept her for about two terms, during which she took her SATs, got good scores and was able to take up a scholarship at a United States college.

Some schools accepted similar students and these took the CSEC repeat exams in January. The athlete, if successful, would then become properly qualified for sixth form and so satisfied the requirements for the ISSA competition. This did not sit well with all principals, some feeling that taking an 'unqualified' student into sixth form was reprehensible, but many argued that the spirit of the rule (which was to prevent those who made no academic effort from participating) was not breached.

This year, as sometimes happens, students who were offered this opportunity still failed to obtain the necessary qualifications and, as they must have known, were unable to participate in 'Champs'.

All of a sudden, a furor. Silly arguments about this 'blighting the athletes' future' and 'destroying them psychologically' hit the airwaves. I have always disagreed with the 45 per cent rule, for many reasons. But to drag the name of ISSA into the mud, call principals 'uncaring' and suggest that they are unintelligent is out of order!

This organisation has developed the best high school track and field meet in the world! This meet is the cauldron in which some of the world's greatest athletes have been moulded. So, although some rules still need 'tweaking' and criticism is expected, it is irksome to hear certain armchair philosophers being disrespectful to its membership.

Keith Noel is an educator. Send comments to columns@gleanerjm.com