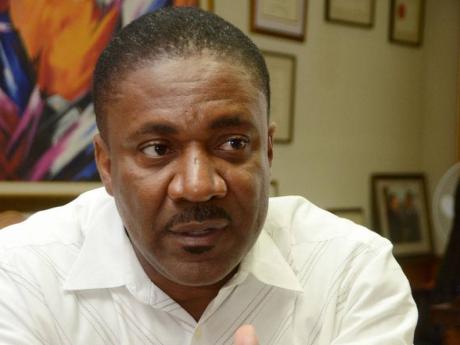 Energy Minister Phillip Paulwell has declared that the Government will reintroduce the controversial Cuba-Jamaica Compact Fluorescent Lamp (CFL) project, better known as the Cuban light-bulb project, as part of a national sensitisation programme on energy conservation.

"Indeed, that Cuban light-bulb project was a risk. It was a big risk… (but) I am going to resurrect that project," Paulwell said as he addressed a Montego Bay Chamber of Commerce and Industry breakfast forum on Jamaica's energy sector at The Wexford Hotel in Montego Bay, St James, yesterday.

"There are still thousands of light bulbs in Cuba destined for Jamaica," he added. "People are afraid to touch it, but I am going back for them, (and) we need to get those bulbs here."

Paulwell, however, did not provide a timeline for restarting the demand-management programme.

The Cuban light-bulb project, launched in 2006, came under scrutiny in 2007 after former junior minister Kern Spencer was accused of corruption in the distribution of the bulbs.

Spencer and his co-accused were arrested and slapped with corruption charges in connection with the investigation into the project. The case remains before the court.

Under the programme, the Government of Jamaica replaces high-energy use incandescent lamps (bulbs) in private residences and public buildings with energy-saving CFLs donated by the government of Cuba.

The CFL project forms part of the energy ministry's continued thrust towards energy conservation and efficiency as outlined in the National Energy Policy 2009-2030.

According to the minister, the energy policy promulgated under the previous administration will be implemented to its fullest in a bid to reduce the price of electricity from US40 cents per kilowatt hour to US15 cents.

"We must be serious about this because people won't come here to invest if we are not serious about what we are doing," the minister said.