Boys' 100m set to sizzle - Williams, Todd to square off 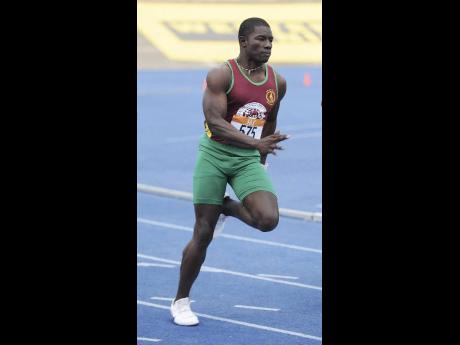 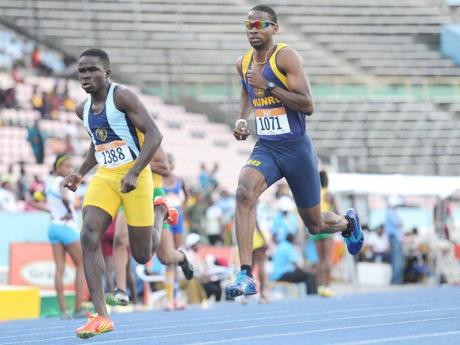 It is Day Four of the ISSA/GraceKennedy Boys and Girls' Athletics Championships, and on a day that will be highlighted by breakneck sprinting, it's the usual suspects that dominate the top positions with two days of competition still to come.

After six finals, Kingston College lead with 45 points on the board; Jamaica College, 42; and defending champions Calabar High, 34. Wolmer's Boys, 17, and St Jago High, 15, round out the top five.

However, given the number of athletes qualified into finals and semi-finals, it's Calabar who will feel more comfortable going into today's penultimate day, one that will prove crucial in determining where the Mortimer Geddes trophy ends up tomorrow night.

Tonight's Class One Boys 100m will be worth travelling miles to see, and though many have already chalked in Munro College standout Delano Williams as the overwhelming favourite, Green Island's Odail Todd and Bog Walk's Jevaughn Minzie will have something to say about that.

Williams stumbled in his blocks before recovering to post 10.95 to win his heat while Todd, 10.64, and Minzie, 10.68, looked at ease, setting up one of the most highly anticipated clashes at this year's championships.

Calabar winning the Class One discus, and most other throwing events in the boys' section for that matter, is almost as sure as night following day, and though current standard-bearer Fedrick Dacres wasn't entirely pleased with his final measurement, he was nonetheless grateful for the valuable points earned in yesterday's medal fling-off.

"It was an okay day. I can't say I managed to give of my best performance, but a win is a win, so I won't dwell too much on it," said Dacres.

Munro's Jevaughn Shaw pulled off a minor upset with a 55.56m hurl for second place with another Calabar man, Basil Bingham, with 52.91m, picking up the bronze.

Michael O'Hara (Calabar) looks unbeatable in the Class Two 100m, making light work of qualifying with a 10.83 effort - the fastest in the class. Raheem Chambers is expected to put up the biggest fight, and he, too, is in the semi-finals, winning his heat in 11.14. JC's Waseem Williams, 10.93, and Hydel's Romario Clarke, 10.98, also dipped below 11 seconds in qualifying.

Season leader Kino Dunkley (Munro), who has a best of 16.24m this season, did just enough to book his spot with a 14.36m in qualifying with this season's surprise package, Ascott's Vashon McCarthy, also safely through with 14.00m.

In the 1500m, St Elizabeth Technical's Jauavney James was the most impressive with a 4:26.89 clocking, making him the fastest in qualifying.

Calabar's Jorel Belafonte is the standard-bearer in the Class One 1500m and he showed his class by comfortably winning heat one in 4:07.46. However, it was his teammate Alex Hutton who was most impressive in qualifying, stopping the clock at 4:05.36.

Kemps Hill's Marco Doodnaughtsingh, 49.17, was the fastest in qualifying in the Class Two Boys 400m with medal favourites Devaughn Baker (JC), 49.51, and Martin Manley (St Jago), 50.22, also securing lanes. Wolmer's Jaheel Hyde was the second fastest with a time of 49.35 in his heat.

The Class One 400m will spark fireworks, and the protagonists gave a peep of things to come with IAAF World Junior Championships finalist Javon Francis of JC qualifying with ease in 48.53. Manchester High's Lennox Williams, 48.55, and Hydel's Omari McDonald, 48.59, complete a cast of top-quality quarter-milers, all booking their spots in today's semi-finals.