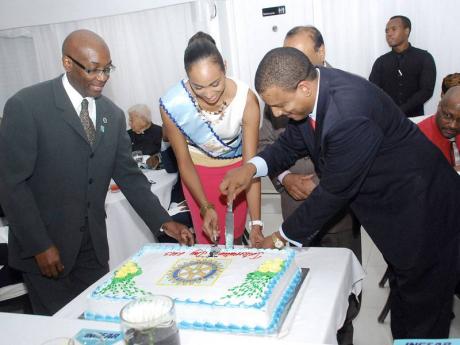 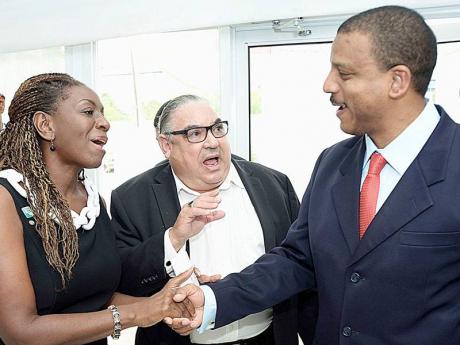 Dears, it's a case of all conscientious hands being on deck to right this state ship as we move forward in choppy waters. Not only are we sailing through turbulent financial waters, but the savvy have come to realise that, as a people and country, we either swim or sink together.

In this respect, the Rotary Club of Kingston, seven years ago under the initiative of past president Robert MacMillan, initiated the celebration of International Rotary Day. Its signature commemoration has been a prestigious luncheon, with members of the diplomatic and consular corps invited to join Rotarians in a symbolic gesture of unity and cooperation - a timely intervention, in the hope of promoting greater bonds of friendship and cooperation between not just members of the corps, but also of the host country.

Well, last Thursday, under the watch of president Manley Nicholson, Rotary International Day was celebrated at the Caribbean's most fashionable urban hotel, the Spanish Court Hotel in New Kingston.

The event took place in the hotel's all-white and ultra-mod Valencia Suite, and dears, it proved a charmer of the finest order!

No escaping the spectacle

Dears, for arriving guests, there was no escaping the spectacle of the uniformed rows and rows of diplomatic high-end motor vehicles, flying their countries' colours, while the flagpoles of the hotel were all aflutter with the flags of the nations represented by the members of the diplomatic and consular corps. Dears, it was majestic.

And with Robert MacMillan and leading members of the hotel's management officially welcoming arriving guests and escorting them to the Valencia Suite, you know we are talking high pomp and circumstance here.

The afternoon that started on a high note only got better. The Valencia was packed with dignitaries. Dean of the diplomatic corps, Cuban Ambassador Yuri Gala-Lopez, was the man of the hour as guest speaker. He outfitted himself quite well, with an address that saluted the club for its forward-thinking and inclusive approach - it being the first in the island to admit female members; as well as for its pioneering role in philanthropy and mentorship.

And so it was that, after feasting and speaking, Ambassador Lopez, with the assistance of Miss Jamaica World, the lovely Deanna Robbins, and Club President Manley Nicholson, cut the cake of international brotherhood and solidarity and shared with Ambassador Singh. This signalled the end to the official work.