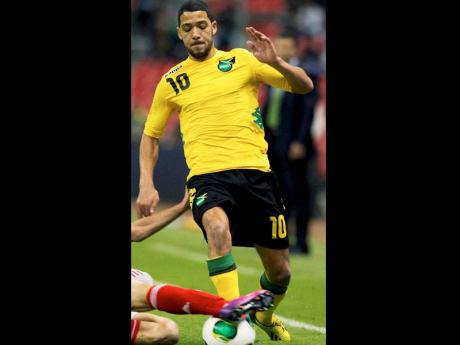 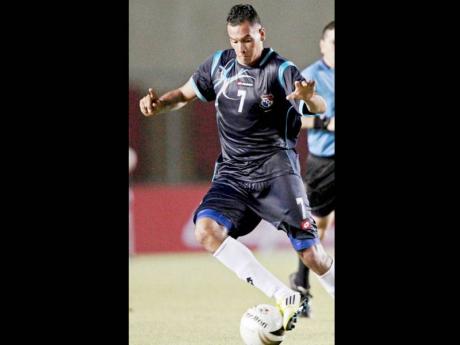 THE Reggae Boyz are aiming to fulfil an overwhelming expectation that they will beat Panama tonight when the two countries meet in a CONCACAF final round World Cup Qualifying (WCQ) football match at the National Stadium, beginning at 8:30.

Tonight's action is the second of 10 matches in this decisive stage of the eliminations for next year's World Cup Finals, which will be hosted by Brazil.

They will play a third in four days' time against Costa Rica in Costa Rica.

Last month, Jamaica drew their first match, 0-0, against all-conquering Mexico in historic fashion at the treacherous Azteca Stadium. It marked the first occasion that Jamaica had ever earned a point in WCQ in Mexico.

That result has strengthened the belief that Jamaica can topple any opponent, especially Panama, a team not held in as high regard as Mexico.

However, the Central Americans have proven to be a bugbear for Jamaica, which have only two wins from 12 meetings between them. Panama have won five times, including the last two matches, friendlies which were played here and in Panama City, respectively, last year.

Theodore 'Tappa' Whitmore, the head coach, wants this to be a turning point.

"I hope that this is the game that we will beat Panama," said Whitmore, a former Reggae Boy who also had agonising moments in WCQ matches against Panama, that they thoroughly dominated yet failed to win.

"The players are aware of the situation that we have not beaten Panama here in a long time," he said.

Through a late influx of Britain-based players, Jamaica's team is much changed for this more serious encounter. With the exception of Harbour View midfield maestro Jermaine Hue and schoolboys in the squad for developmental purposes, Alvas Powell and Andre Lewis, all the players are based with professional clubs overseas, mostly from Europe.

Many were recruited lately, especially from England, and have been expressing much joy and confidence for their involvement on the 'Road to Rio', as the WCQ has been dubbed.

"I know that the Panama team won't be an easy team to beat, but we have a job to do and so the players just have to go out and execute on the day," Whitmore added.

Plans for the execution began unfurling on Monday when the team held its first training session since regrouping. They practised right up 'til last night at 'The Office', holding a couple of 'closed' sessions as Whitmore, not wanting to reveal too much, kept his cards close to his chest.

The Mexico result left Jamaica with a point from first round action, the same as Panama and two more of the other six teams battling for a spot in next summer's FIFA World Cup Finals. Costa Rica and Mexico also have a point, while Honduras, which beat the United States 2-1, lead the hexagonal standings with three points.

Half the countries will auto-matically qualify for Brazil, while a fourth will play off with the top team from the Oceania region - which involves New Zealand - for another spot.

All the CONCACAF finalists will play 10 matches, five in their country and as many away.

Given the overall situation and the fact that they will be on home turf, the Jamaicans have a clear intent on attacking, as this is seen as one of the better opportunities to win three points. What will boost this ploy is the depth of offensive players.

Luton Shelton, the nation's all-time leading goalscorer who missed the Mexico match, as well as Jermaine Beckford, who has been grabbing the headlines from the training ground, are among those fighting for starting spots. Jobi McAnuff, the Reading captain who acquitted himself well while running the front line in Mexico, is also expected to play a lead role, with Rodolph Austin, returning Demar Phillips, Marvin Elliott, Je-Vaughn Watson and long-time game-changers, Jermaine Johnson and Omar Daley, among the midfield grouping.

A key part of the opening game was not conceding a goal and goalie Donovan Ricketts and his backline crew, which includes Nyron Nosworthy, Adrian Mariappa and Jermaine Taylor, will look to provide similar stability against a Panamanian team that has grown to play a stronger and slicker passing game in recent years.

Yet, there are the expectations for a victory.

"I don't think the result in Mexico will ease the pressure because there will be added pressure on us as everyone is expecting us to come and win the game," Whitmore replied when the question was posed at training earlier this week.

The moment has come for the Reggae Boyz to fulfil that challenge.