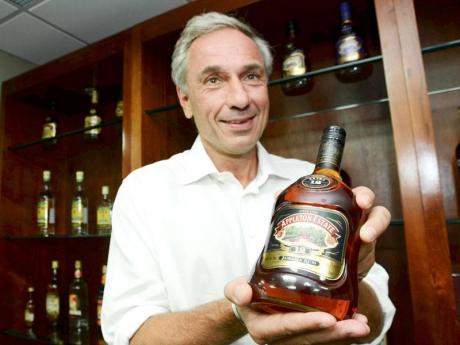 Stefano Saccardi, newly appointed chairman and CEO of Lascelles deMercado and Company, is seen here at his offices at Lascelles in New Kingston on March 25 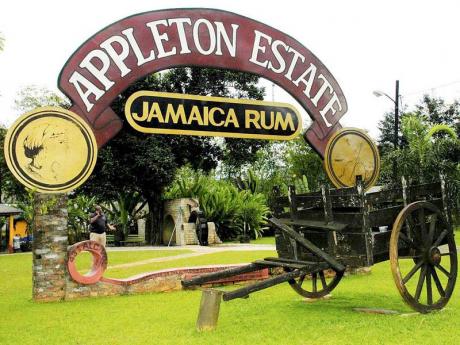 Gruppo Campari's immediate €7.8 million expenditure on Lascelles deMercado, operations will largely be spent on the agricultural section of the business and to upgrade a facility in St Elizabeth for the disposal of the controversial effluent called dunder.

It's the first project to be undertaken by new owner Campari following its takeover of the business in December.

Newly appointed Chairman and Group Managing Director of Lascelles, Stefano Saccardi, said in an interview with the Financial Gleaner on Monday that the manner in which Appleton Estates currently disposes of dunder has come under scrutiny from the National Environment and Planning Agency (NEPA), prompting Campari to deal with the facility as a priority project.

Just over 13 years ago, in November 1999, Appleton Estates announced that it had found a solution to disposing of the dunder, which caused a furore among some residents and political representatives in St Elizabeth who said it was polluting the Black River, thereby affecting shrimp and fish production.

Then managing director of the Agricultural Division of Wray and Nephew, Robert Henriques, said that after extensive research, including advice from experts at the University of the West Indies, they have devised a method to use the dunder as fertiliser in the cultivation of sugar cane at Appleton.

As a result, he said, the sugar crop which ended in July 1999 represented the last time Appleton would dump dunder - the lees or dregs of cane juice used in the distillation of rum - into gullies which eventually ended up in the river.

Saccardi said the upgrade of the dunder-processing facility "is a major project with a lot of positive environmental effects".

Appleton Estates will be seeking to transform the dunder into substance that can be easily disposed. "Currently, the dunder is simply put on the fields and we were advised by NEPA that we need to change that process," he said.

Saccardi, an Italian, said that among experts working on establishing the facility are a group of engineers in Jamaica along with their central engineering team in Europe.

"They are working together in order to see what is the best and most cost-effective way to put in place that facility," he said.

While Saccardi was unaware of how other producers dispose of dunder, he acknowledged that "our situation is particular because there is a river close to the fields. So that is what causes the need for a special, particular dunder disposal facility. What NEPA argues is that the dunder may eventually get into the underground water."

The chairman, no stranger to Jamaica, said the acquisition of Lascelles was a feather in the Italy-based Gruppo Campari's cap.

"I have been dealing with Jamaica and with Appleton for a long time because we have been courting this company for almost 10 years," he revealed.

"We have always been told that it would be a wonderful fit with our portfolio. A lot happened in between. We first tried, but then somebody else was prepared to pay much more than we were willing to do. So I have spent quite some time in Jamaica over the years," said Saccardi, who has responsibility for mergers and acquisitions and has retained his position as general counsel and business development officer at Campari.

Gruppo Campari announced in December the completion of a US$409-million offer to take control of Lascelles. Earlier this year, Campari announced that it had reacquired distribution rights to Appleon rum in the United States from Kobrand Corp, for which it paid out US$20 million, and would be similarly be reclaiming distribution rights in other markets.

Campari has said it plans to grow markets for Appleton in South America, North America, Australia and its home market of Italy.

Lascelles is a near century-old company, which was incorporated on August 31, 1914, but its most prized asset and the draw for investors is its 187-year-old subsidiary Wray & Nephew Limited and the 264-year-old rum brand, Appleton, that it owns.

The Jamaican conglomerate was acquired by CL Financial of Trinidad in 2008. In January 2009, Lascelles was taken over by the Trinidad government when it sought to rescue the financially troubled CL Financial and its insurance subsidiary, Colonial Life Insurance Company.

Trinidad eventually placed Lascelles on the market and in December it was bought by Campari, the sixth-largest spirits company in the world.

Saccardi said Gruppo Campari was currently looking at a number of other companies, but declined to identify them, citing confidentiality.

As to when Campari expects to make a return on its immediate investment, the chairman said: "The investment which we made in Lascelles (is) with a very long-term view, in the sense that we are aware that it will require time and effort to develop internationally the brands, which is what we would like to do."

On the other hand, he said, the business has good potential "so we will see the effects immediately. We expect every year the business to generate significant profit."

Saccardi said the issue of United States giving subsidies to multinational spirit producers in Puerto Rico and the US Virgin Islands "is an issue we feel strongly about. We feel it is totally unfair that a part of the excise duties paid by rum producers, including ourselves, is given back to the people who have set up facilities in the US Virgin Islands and Puerto Rico."

"I think it's a great distortion," he said, noting that it was quite amazing that a country like the United States, which is generally considered to be the paragon of free trade, is involved in such an unfair practice.

"We think that CARICOM, along with the Jamaican Government, should strongly pursue this issue and try to put an end to this unfair preferential treatment of the products manufactured in the US Virgin Islands and in Puerto Rico," Saccardi said.

Update: The figure for expenditure on Lascelles deMercado's operations has been corrected from €11 million to €7.8 million. another €4 million is to be spent on routine maintenance.