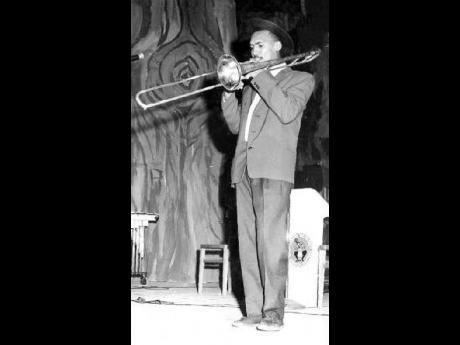 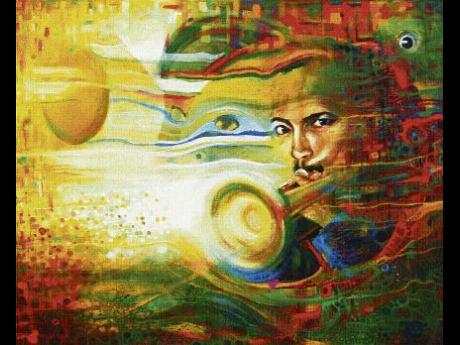 On March 12 the world did not celebrate the birthday of Don Drummond. The day passed as unremarkably as any other. Yet, in Jamaica's musical and cultural history, its significance is most stark. The day he was born is as important as many of those marked and celebrated because they have something to do with the rich history Jamaica has imposed on the world.

The composer and trombonist, Don Drummond, was born in Kingston, Jamaica 81 years ago on March 12, 1932. Ska was created approximately sixty-three years ago, sometime around 1960, also in Kingston. Those who created it, the musicians that comprised the Skatalites - especially its poster figure, Don Drummond - best performed it along with a close-knit group of other instrumentalists, singers and dancers around them. Mostly, ska musicians were from a socio-economic class related to the victims of the Atlantic trade and New World plantation society. They were, at the same time, nationalists, advocates for social change, and poor. The music they created was far-reaching and influential beyond music itself, the sound of ska and the activities that characterised it affected cultural, political and social attitudes.

Don Drummond arrived on the scene from Alpha Boys' School as if from another planet, bringing with him the secrets of making elegant figures with his trombone. He was a musician who understood the meaning and capability of music that exceeded aesthetic as such. Among the principal achievements of his music is its epic expression of "Jamaicaness". The way life is given meaning through music. Through improvisation, incantation and invocation, Don Drummond proved that at the core of his knowledge was what Marcus Garvey meant when he observed that "racial uplift through cultural action should occur in a geographical context, in relation to the larger advancement of civilisation."

In other words, the artist and the art they create must be integral to the social upliftment of the people.

In terms of music, the deeper I imbibe Don Drummond's is the more convinced I am that this epoch-making composer and performer was truly ska's primary mastermind. By the time he first entered a studio to record one of his own compositions, to a few insiders, he was an accomplished composer and virtuoso trombonist in the making.

The Clement Dodd-produced, Don Cosmic is an example of Drummond's musical ethos. Combining his unhurried dexterity, his warm fluid tone and the wonderful structure of his musical concepts, this autobiographical Latin-tinged ballad shows characteristics of Drummond's Pan Caribbean aesthetics; tropical cadence, subtle harmonies and rhythmic nuances, qualities that pervade his music and, which draw listeners into his cosmos.

Performed in just about two minutes, Don Cosmic's haunting melodic line is established by a repeated motif in which Drummond's relaxed voicing is empathetically embraced by the inventive but pastel tone of Johnny Moore's trumpet.

In unison and with understated harmony, the empathy between both hints at the kind of emotional kinship that was so special between the bittersweet tenor saxophonist Lester Young and the wistful Billie Holiday.

Contrary to the plaintive melody is the ebullient canter of the rhythm section's approach. Pianist Aubrey Adams offers lilting chords for drummer Karl McLeod and Bassist Lloyd Mason to inflect subtle stylization and rhythmic colours that maintain the songs Pan-Caribbean form. Together, and interestingly without either soloing, Drummond and Moore explore the range of the composition with a sense of confidence and style that allows the astute listener to experience a complex of subtly shifting patterns, exciting images and rhythmic interplay on each encounter.

The song also implies emotions that extend from the bitter to the sweet, from difficulty to resilience, and from dire straits to optimism. What is also profound is the song's play on balance. In spite of the mental illness Drummond suffered, his experience was not simply about tragedy. It is also about struggle and resolution, personal misfortune and victory, a pivot between celebration and triumph, fear and heroism.

Indeed, Don's music insinuates a sweet kind of sadness; it reflected the charm and misery of a nation consumed by apathy toward redress of the disparity between the haves and the have-nots, privileged and underprivileged, and the conflicts of the Cold War; the world in which Drummond created as much beauty out of its tensions as he reflected on the suffering of the contemporaneous struggling poor in the Jamaican society. As such, this lilting ballad was hardly similar to anything in contemporary Jamaican music during its time.

It represents a true fusion of Drummond's love for jazz and Latin forms, with his roots in Jamaican musical tradition and attention to social conflicts.

Like many of Drummond's compositions, Don Cosmic's construction and melodically eccentric compositional form, from beginning to end, is a work steeped in Diaspora sensibilities by an artiste seemingly seeking awareness of his identity in creative, social and psychological terms. In his body of work is an awareness that challenges the social imbalance of a post emancipation social and political system disproportionately favourable to a few; conditions in which the struggle for survival often results in undiagnosed psychosis among Jamaicans of African descent.

In Don Cosmic, the result is finally so ambiguous that this fantasia truly approaches the province of "art song" and "confessional poetry" with its melody given bold relief by the shades of its contrasting rhythm.

This masterful piece of music was recorded around 1960 at the beginning of the brief but productive and creative career in the short public and tragic life of this fine but mentally and emotionally challenged musician. Beat poet Allen Ginsberg, whose poem 'Howl' (1956), begins: "I saw the best minds of my generation destroyed by madness …" could have well been a lament for Don Drummond. As for his own demons, like the confessional poet, Anne Saxton, at his most coherent, music seems to have led Drummond "by the hand, out of madness," and while lucid he placed his "emphasis on the suffering of others rather than his own".

While his music continues to be sought and enjoyed, and his visibility enhanced in recent years, in Drummond's oeuvre, music and social concerns were integrally connected.

However, most of his compositions have not yet been given full analysis for musical and extra-musical importance. This is so not only for their dance-floor vitality and his innovative musical conception, but also the sociopolitical and psychological meaning of his music.

Don Drummond has made an enormous impact in Jamaica and abroad. Along with the Skatalites, the band of which he was a charter member and its poster figure, Don contributed as much to the shaping of a positive Jamaican image as Garvey, Miss Lou, Bob Marley and Usain Bolt.

Herbie Miller is the director/curator of the Jamaica Music Museum at the Institute of Jamaica.