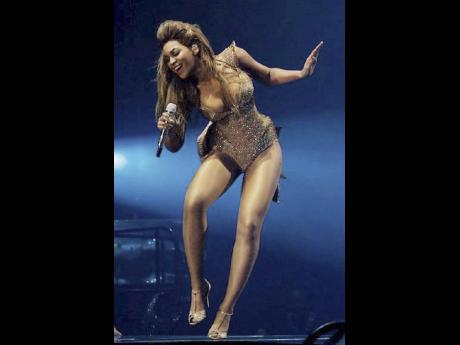 Ever since embarking on a solo career just over a decade ago, Beyoncé Knowles, more popularly known as Beyonce, has had Jamaican 'links'.

At her request, one of her very first hits, Baby Boy, was done in collaboration with dancehall artiste Sean Paul. The single made it to number one on the US Billboard Singles Charts and topped several music charts across the world, helping to drive sales of the singer's debut solo album Dangerously in Love, which was released in 2003.

More recently, during her Super Bowl half-time show performance in February, Beyoncé executed the Jamaican Dutty Wine dance to perfection and even used the popular Jamaican phrase 'tun up' during the electrifying set that also featured her former Destiny's Child colleagues Kelly Rowland and Michelle Williams.

It is no surprise then that as the artiste embarks on her extensive world tour this summer, that a few lucky Jamaicans will get the chance to win tickets to go see the pop diva in concert.

"Beyoncé's vibrancy and energy are reflected in the spirit of 'Live for Now', which is at the heart of Pepsi's brand DNA. Together with Beyoncé, we are excited to offer unique ways for fans to interact with the show and with Pepsi through a range of fun activities and promotions."

Hollingsworth explained that Pepsi's Live for Now concept is basically about living for the excitement of now and that the relationship with Beyoncé will help them drive the concept globally.

"We tie music to it and Pepsi is known for having large brand ambassadors like Michael Jackson and Britney Spears. One of our new ambassadors is Beyoncé and as a result, Pepsi will be giving lucky consumers a chance to win tickets to go see one of her concerts live, Pepsi style. We take care of everything - tickets, airfare, everything."

Pepsi sees their relationship with Beyoncé as a major boost as she is universally loved. The singer's Pepsi commercial was released worldwide recently and the brand manager encouraged her fans to see it on the Pepsi Facebook page.