Tax measures and the way forward 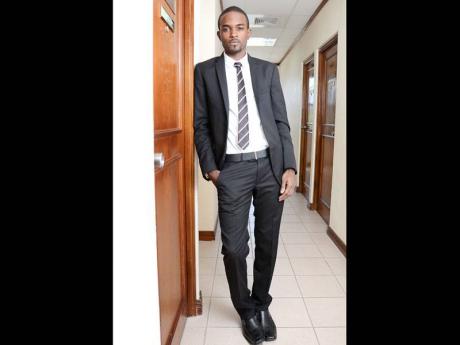 The fiscal year starts April 1 each year. As a result. Government must table and present a new budget outlining its planned expenditure and receipts for the upcoming year.

Last year, the Government budgeted initially, to spend approximately $612 billion. This figure was, however, revised after the NDX. It fell by about 1.6 per cent to approximately $602 billion.

The reduction came about primarily due to a decrease in interest payments obligations, given the decrease in average interest rates on domestic debt and a lengthening of the average debt maturity periods. This year, the Government has proposed to spend approximately $521 billion, a 13.5 per cent reduction in nominal spending, compared to last year, which is about a 23.7 per cent reduction in real spending, taking an average inflation rate of 10.2 per cent into consideration.

The real figures are a better indication of what is happening in the real economy and makes it easier to compare the budget figures from one year to the next.

What is the intent?

The intention is to achieve certain fiscal targets that the Government is mandated to meet by 2014. These include a lower debt to GDP ratio and higher primary surplus balance.

The overall reduction in expenditure means the Government will have to become more efficient in its operations.

At the same time, the marginal increases in capital expenditure, though not sufficient, is indicating that Government is making an effort to balance short-run fiscal expectations with a long-run growth objective.

The country is hoping that these contractions in overall government spending, from a public point of view, will divert expansionary efforts to the private sector, which must respond accordingly. The strategy, therefore, is to improve the business climate, the overall ability to do business in the country, and reduce energy cost.

This reduction in competition for funds should put less upward pressure on interest rates for loans, thereby making it easier for private borrowing for investment (less crowding out). However, this might not help since commercial banks in Jamaica have developed a culture to lend predominantly to private individuals for consumption (car loans, house loans, etc), instead of lending for investments in the form of business loans, start-up loans etc.

These, they claim, are too high-risk, which may become too costly. Since it is more difficult to monitor start-up firms which normally demand unsecured loans, banks opt to lend in the avenues that are less likely to non-perform.

How will the country proceed?

This depreciation of the dollar should be seen as an avenue for exploitation rather than a disadvantage to consumers.

It should reduce foreign consumption and force opportunistic business minds to find those goods and services that can be easily and cheaply produced for export. The country needs a collective national responsibility for growth at this time.