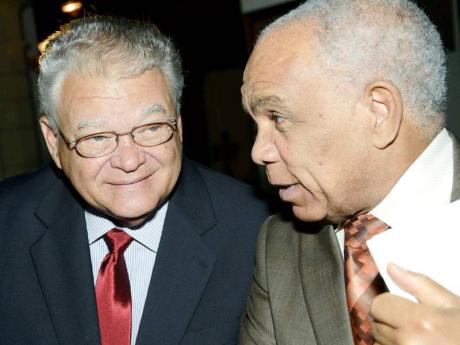 Senior Superintendent of Police Radcliffe Lewis, head of the Police Traffic Division, has revealed that more than 20 government workers have been arrested over the past five months in connection with the illegal sale of driver's licences to persons who have skipped the written and driving test.

"I am not going to say where they were arrested, but they have been arrested and they are government employees," Lewis said yesterday during the 20th anniversary church service for the National Road Safety Council.

"We have been carrying out investigations into that aspect and not us alone, but the Revenue Protection Division, (Police) Flying Squad and OCID (Organised Crime Investigation Division) and we know the magnitude of work to be done."

Lewis was reacting to the urgings earlier during the service from the Right Reverend Dr Howard Gregory, lord bishop of Jamaica and the Cayman Islands, who pleaded for the Government and police to work together at eliminating corruption in the transport sector.

In his response, Lewis also conceded that while the police have been doing their part to clamp down on illegal activities in the system, bringing an end to the corrupt practices plaguing the sector would be no easy task.

"As it relates to fictitious driver's licence, it is done in collaboration with persons in a particular office and it is also done by persons who have no connection to the office at all," said Lewis during the service at the St Andrew Parish Church. "God knows how they do it. It is so genuine that on most occasions, it fools the police. You have to be very good and have a keen eye to really notice that it is a fictitious driver's licence (due to) how it is manufactured."