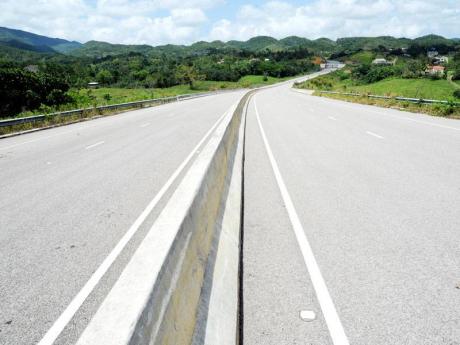 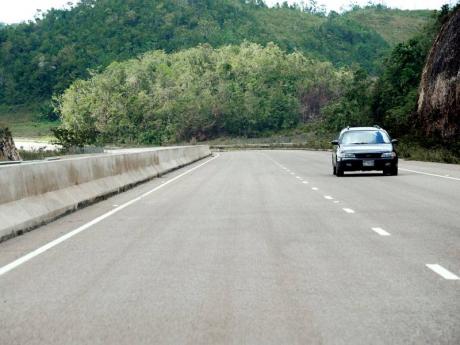 A motorist could not resist the temptation to use the ribbon-smooth road to nowhere. 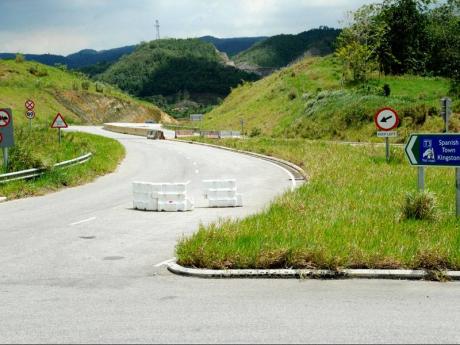 The sign at the Moneague entrance points motorists to Spanish Town and Kingston. 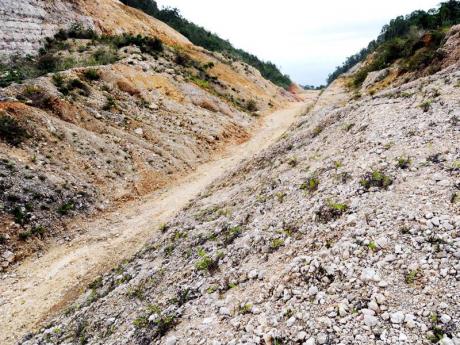 The dirt path motorists come upon to end their journey on the unfinished leg of the highway. - Photos by Norman Grindley/Chief Photographer
1
2
3
4

The problem-plagued, stop-again-start-again Mount Rosser leg of Highway 2000 continues to be troublesome as some motorists, in error, attempt to use the road from Moneague in St Ann to get to Spanish Town in St Catherine.

A bold sign at the entrance of the incomplete highway, as well as the opening of a barricade at Moneague, tempts motorists to access the ribbon-smooth section of roadway.

But after some four minutes along the manicured stretch, the road comes to an abrupt end and a rugged dirt path halts the journey.

The Gleaner team noted the frustration of some drivers, including visitors to the island, who had seized the opportunity to use the facility as indicated by the brand new signage pointing to Spanish Town and Kingston.

After some six years of promises, two government administrations and billions in expenditure, there is still uncertainty as to when this roadway will be available for use.

Late last year, the Government signed a deal with China Harbour Engineering Company (CHEC) to construct the entire 66-kilometre highway over a three-year period at a cost of US$610 million.

CHEC also agreed to reimburse the Government of Jamaica US$120 million which was spent on the Mount Rosser bypass road.

Both segments are scheduled to be completed in December 2015.

Segment two, from Linstead in St Catherine to Moneague in St Ann, is almost complete and could be opened late this year.

When complete, the highway is expected to reduce travel time between Kingston and Ocho Rios to 45 minutes.