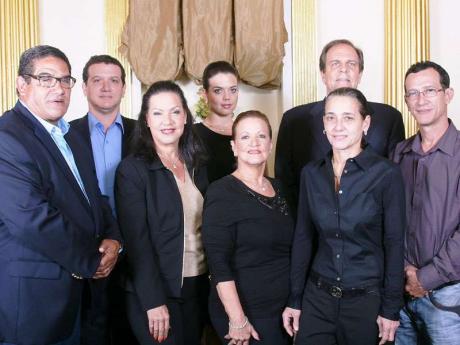 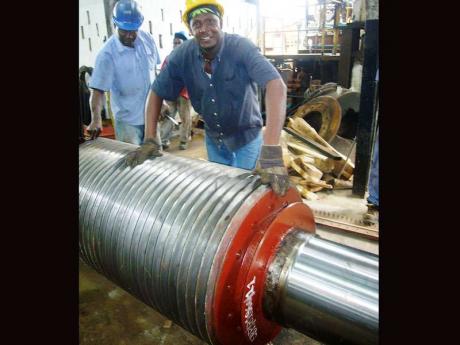 Faced with numerous challenges in the period immediately following their acquisition of the Long Pond Sugar Factory the owners, Everglades Farms Limited, have weathered the storm and are now looking for good times.

The Hussey family, who controlled Everglades, was forced to sit out the 2010-2011 crop year after a disastrous start to their first year as a sugar manufacturer.

In the following year, they churned out a mere 1,400 tonnes of sugar, easily the worst output in the history of the factory.

After spending more than J$1.5 billion to bring the historic facility up to international standard the Husseys are now looking to maximise the 20 tonnes capacity facility,

"It was a difficult experience, but we were determined to get it right because that is why we got into sugar," Andrew Hussey, the chief executive officer (CEO) of Everglades, told The Sunday Gleaner last week.

"History shows that not so long ago, the factory was producing 20,000 tonnes of sugar, and despite the early hiccups, we were confident that with the right persons in place, this could be done again.

"It took some time for us to get used to making daily reports (to the Sugar Industry Authority) so that everyone could know how well you are doing," the Everglades boss said.

"It is hard when you are used to doing business in a more private setting, but I have to pay tribute to our fellow manufacturers, especially Worthy Park and Appleton Estate. Their support has been fantastic."

The Husseys, known mainly in tourism and horse-racing circles, brought in some of the leading quality assurance experts and technologists from around the world to evaluate the problems at Long Pond and to make the recommendations to ensure the factory was brought to its optimum.

"Of significance is the automation of several key areas of the factory, but we had all the confidence that as long as we put these things in place, it could be successful," said Hussey.

The improvement work resulted in significant improvement in the operations for the 2013 crop year, including factory time efficiencies and factory recovery index.

The use of Bunker C oil also resulted in a dramatic reduction in the use of fuel from an average one million litres each crop to just over 500,000 litres.

"For this crop, we have produced far more sugar than the previous two crops combined," added Hussey. "The indications are that this factory has turned the corner, but it is an ongoing process, so we will continue to put our resources in the areas that will give us the greatest benefits."

Crucial to the success of the facility is cane supply. For the current crop, 6,200 tonnes of the sugar were produced from 69,100 tonnes of cane, of which 26,500 tonnes came from farmers.

Everglades is now looking to double supply for the 2013 and 2014 crop to 130,000 tonnes, with almost half coming from cane farmers.

"They have not faltered one bit this crop, we are confident," said Allan Rickards, chairman of the All-Island Jamaica Cane Farmers' Association and head of the Trelawny and St James chapter.

"We are very happy with the progress made so far. Our harvesting committee is one of the most harmonised in the island, and this gives my members the confidence to plan ahead with confidence because they have the incentive to do so," added Rickards.

For Everglades, the business plan goes beyond sugar production as tourism remains a key part of its focus.

This includes a rum museum for Hampden, a sugar cane museum for Clark's Town, and tours of the great houses and sugar cane mills. Horses are also being bred on the properties.

With progress in the modernisation of the factory, Hussey is now prepared to put a timeline on packaging and marketing their own branded sugar, noting that "between the next 18 to 24 months, we should be on our way with that aspect of our operation."

The family says the sale of bulk rum to Europe is doing well, and their deal with CPJ to distribute Rum Fire is "a dream come true".

The Sunday Gleaner has also learnt that the Husseys, who are also operators of the Terra Nova All Suite Hotel in Kingston, is part of a consortium, which includes an overseas firm, that has submitted a bid in response to the Office of Utilities Regulations request for proposals to supply 115 mega watts of electricity generation capacity from renewable-based powered facilities.

"That is not something I am prepared to comment on at this time," Hussey said, when pressed for details. "We have a confidentiality clause on our agreement with our overseas partners," said Hussey.