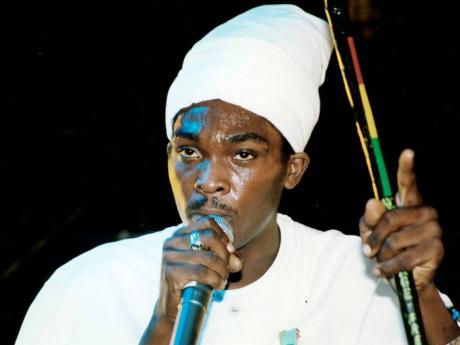 International recording artiste Anthony B is looking for two young female singers to sign to his new label, Born Fyah-Master One Productions.

"I am seeking to find the next Marcia Griffiths, the next Cecile. There is a void out there for credible female reggae artistes with international appeal. I want to be the one to find the next female who is going to wow the world and redefine reggae music going forward," Anthony B said in a release.

The Fire Pon Rome singjay believes that reggae needs bright, new stars, and he is willing to play a more active role in identifying, developing, and marketing new artistes.

"I believe that there is a treasure trove of talent in Jamaica that is untapped - a lot of resources that need to be developed. We can't let our potential and our resources go to waste," he said.

Anthony B will be performing in Colombia later this month, then in June, he has a number of gigs in Venezuela, Mexico, France, and Austria before he does a show in Costa Rica.

"These are exciting times for reggae music and for Anthony B. His new single, My Yes and My No, is hitting reggae charts all over Central and South America, and it is already a hit in Europe, and we will soon have the video on MTV Africa," Jyorken Kennedy, CEO of Master One Productions, said.

Female artistes who are interested in joining can send their demos, photos and bios to jyorkenkennedy@gmail.com or drop off CDs and other material to Jyorken Kennedy/CEO Master One Enterprises Inc. 6 Ballater Avenue Kingston, Jamaica.