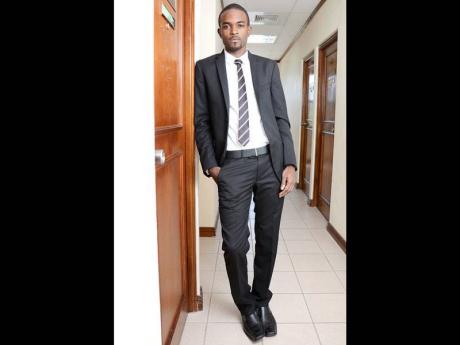 How did the country perform?

THE ECONOMY grew by negative 0.4 per cent in the last fiscal year. Inflation remained within a target of 7.5 to 9.5 per cent. The Bank of Jamaica interest rate is approximately 5.75 per cent, the lowest it has been for decades.

There is a declining trend in commercial banks lending rate to little under 10 per cent for preferred borrowers, in some instances, and despite the high import bill, which has been putting pressure on the exchange rate, the current account deficit (difference between imports and exports of goods and services) improved by more than $221 billion; from 13.7 per cent of Gross Domestic Product (GDP), in the 2011/2012 fiscal year, to 12.6 per cent last fiscal year.

The country also achieved a primary surplus target of 5.3 per cent of GDP. Last fiscal year, more than half the budget was used to service debt, 54 cents from every dollar, which amounted to approximately J$325.9 billion.

This year the budgetary allocation to debt servicing has been reduced significantly, by about 30.9 per cent, from $325.9 to $225.2 billion.

This will free up some fiscal space, with more money remaining to finance other expenditures including wages and salaries for teachers, doctors and other civil servants, as well as increase the allocation to capital expenditure necessary to increase economic growth.

What is planned in this new budget?

They aim is to implement policies and actions necessary to reduce the debt to GDP ratio, from 140 per cent currently to 95 per cent of GDP by 2020, reduce the public-sector wage bill to nine per cent of GDP by 2016. The country is also mandated to achieve a quarterly performance target, implement a central treasury-management system and strengthen the tax administration and fiscal responsibility framework.

The Government aims to create a more business- and investment-friendly economy, driven by a more efficient public sector. It also wants to ensure that most of the taxes due are collected, and no cost overruns on public contracts.

Development-oriented activities include planned capital expenditure of $2.5 billion, funded by the EXIM Bank, to begin implementing the major development programme; $1.7 billion to continue the transport infrastructure project in Westmoreland and St Thomas $1.4 billion to upgrade the infrastructure to provide affordable housing in St Ann and $1.28 billion to complete drainage-rehabilitation works in Kingston Metropolitan Area.

Also, in March, Cabinet gave approval to divest the Government of Jamaica's shares in the Wallenford Coffee Company.

The Government is also drafting a sale or lease agreement for its shares in Clarendon Alumina Partners Ltd. Other major projects include the expansion of commercial ports and the construction of a logistics hub by 2015/2016, for which the Government have not communicated a clear plan of action, and there is no guarantee the country will meet the deadline.

There are also plans to improve the ICT (Information Communication Technology) sector. The Government is also committed to increase the number of agro-parks across the island, along with reducing energy costs, implementing tax- and public-sector reform.

What is the verdict?

Yet again, the country has continued the trend of little or no growth in GDP in a fiscal year. This, coupled with increasing unemployment, and reduction in people's real income, will have a negative impact on overall standard of living in the country.

Last fiscal year, after the reading of the Budget, we advised correctly not to look to it solely for economic growth and development.

Given the contractionary nature of this budget, the advice remains the same for this upcoming fiscal year.

As the global economic environment remains volatile, once more, it must be reiterated that everyone must collectively play their part in facilitating the process of growth and development. Only through collective effort will the country achieve any growth objectives.