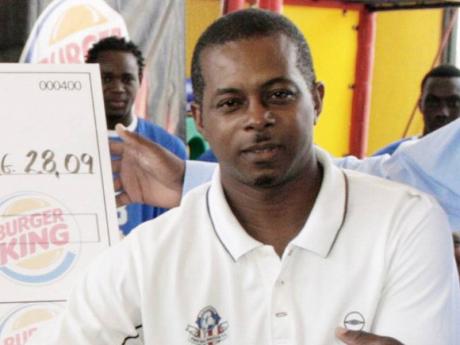 The Portmore team will face fellow Jamaican club Boys' Town in the second game of a double-header at 8 p.m.

Two hours earlier, Bayamon FC of Puerto Rico will challenge Haiti's Valencia FC. All four clubs are down to participate in Group Two of phase one, which will see three teams advancing to this year's CONCACAF Champions League.

The teams in Group One - to be played in Trinidad & Tobago - are W Connection of Trinidad, SV Inter Moengotapoe of Suriname, Baltimore Sportif Club of Haiti and Barracudas FC of Antigua.

At the completion of phase one, the winners of each group will automatically qualify for the CONCACAF Champions League. The two second-place teams from each group will play a two-match play-off in one location, which will be determined by CFU. The winner will receive the final qualification spot to the CONCACAF Champions League. The play-off must be determined by May 31.

Portmore and Boys' Town finished first and second, respectively, in last year's RSPL and qualified to represent Jamaica in the competition.

Earlier this month, Portmore were not sure whether they would participate. However, with Boys' Town as hosts of Group Two in phase one, it influenced Portmore's decision to participate, for the third time in the club's history.

"We had looked at the situation, but we were not able to get assistance. We felt it imperious that with the youths in the team it was good to afford them the chance to play at a higher level," Clive Marshall, Portmore United manager, told The Gleaner when contacted.

"The situation has changed as things are looking positive in terms of support. Also, with Boys' Town as hosts, it would be less expensive to participate," Marshall explained. "The players are really looking forward to the new challenge for them. They now have an opportunity to showcase their talent at a higher level of competition."

Marshall said it won't cost the club much to participate.

"It is not a big cost. At this level most of the expenses are covered by CFU. And, we are playing in Jamaica so that is a big difference."

Portmore (formerly Hazard United) advanced to the CONCACAF stage in their first year in the tournament in 2003. They also participated at the CFU stage in 2004.

For Boys' Town, it will be their first time and they have been selected to host group Two, which will be played at the neighbouring Arnett Gardens' home ground.