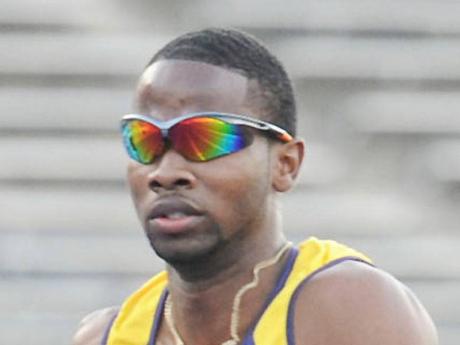 The 2012 World Junior Championships 200m gold medallist, Delano Williams, has revealed that he has contemplated representing Jamaica at the senior level.

The Turks and Caicos Islands-born Williams cannot run for his native country at the Olympics, as they are not recognised by the International Olympic Committee.

However, he is eligible to represent Great Britain as Turks and Caicos are a British overseas territory.

Williams moved to Jamaica in 2008, after Hurricane Ike destroyed his school. He enrolled in a boarding school for boys, Munro College, and has represented them at the annual ISSA Boys and Girls' Championships. In 2012, he won the Class One double (100m and 200m), becoming the first non-Jamaican to achieve the feat, which he repeated at last month's staging.

"I have had a lot of thoughts about that (switching allegiance to Jamaica), but I have to look at the opportunities," Williams reasoned. "Jamaica has a lot of sprinters and to make the team is really, really hard. It is all about opportunity and where I can make the team and best put Delano forward on the world stage and on the circuit," said Williams, who participated at the British trials last year and placed fifth.

"At the international stage, like World Championships, I would like to represent Great Britain, because, the way Jamaica show support to their athletes and worship them, Turks and Caicos doesn't do that," Williams said. "It is like I am slipping through their fingers, I am in the country like an ordinary person.

"Jamaican people appreciate me more than Turks and Caicos people right now, as they (Turks and Caicos) don't know what it is like to have a World (Junior) Champion in the country."

Williams, who is in his final year at Munro, has long decided that he will remain in Jamaica and train after high school, with a deal having been reached to join the likes of Usain Bolt and Yohan Blake at the Glen Mills-led Racers Track Club.

"I start with Racers this October, so my coach (Neil Harrison) will take me right up to Moscow (World Championships) and after that I will have a month off and then I start with Racers," Williams shared. "I am looking forward to it, the professional side is going to be hard, because it is not just running, it is a business, as I have to make a living for myself and I think I can once I stay focused."

Williams can represent Turks and Caicos at the World Championships, as the same rules do not apply as for the Olympics.