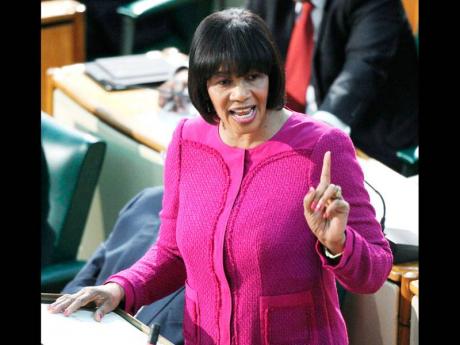 Simpson Miller: No one can disagree that the Inner-City Housing Project has positively transformed the lives of people in some communities. 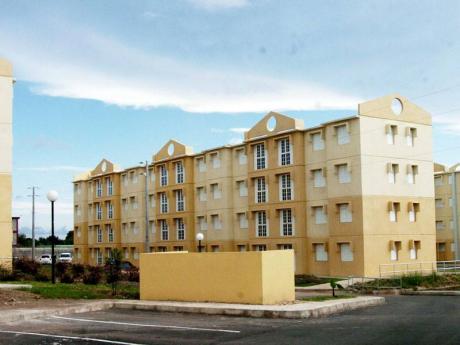 Housing units in Majesty Gardens, Kingston, which formed part of the Government's Inner-City Housing Project and were officially opened in 2006. - File
1
2

Announcing the restart of the Inner-City Housing Project (ICHP), Prime Minister Portia Simpson Miller yesterday declared that such initiatives would "lift the standard and thinking of the people" in depressed communites and expressed confidence that it would not impair the viability of the National Housing Trust (NHT).

Describing as excellent, the Easton Douglas-led board and the trust's managing director, Cecile Watson, the prime minister said: "They would not lead me in a direction that would get the trust into trouble."

In 2008, former Prime Minister Bruce Golding indicated he had concerns about the financial strain it was putting on the trust and put the brakes on the programme, which involves providing housing solutions to persons in depressed communities,

But yesterday, Simpson Miller said: "No one can disagree that the Inner-City Housing Project has positively transformed the lives of people in some communities such as Monaltrie, Denham Town, Majesty Gardens and Trench Town."

She told legislators that the programme has been reassessed and is to be restarted in 2014.

A cash-rich state entity, the NHT has been hit by the decision of the Government to pull $45.6 billion from its coffers over the next four years for budgetary support.

"We have the basic capital to cause the trust to be viable and to be sustainable," Douglas said.

He said the NHT does its analysis of its financial position on a regular basis.

"Even when we were called upon for this $11.4 billion, we had already analysed what if we should be called upon to do this," Douglas said.

He added: "We have not come out and said so, but we have been doing this analysis to see if we should be called … . We looked at our financials to put us in a position that if we were called, we could have dialogue and see what we can do."

In his 2008-2009 Budget Debate presentation, Golding, citing the non-payment of mortgages in his own constituency of West Kingston, said delinquency was putting a strain on the NHT, which was established to assist contributors to purchase homes.

Golding, at the time, said the Housing Trust had spent $2 billion on the ICHP.

"The original commitment for the programme was $5 billion to build 3,000 houses in inner-city communities. Some 580 units have so far been delivered, and 1,184 are in varying stages of construction. Without any increase in the number of units, the cost has now jumped from $5 billion to $15.5 billion that the Trust is being called upon to find," he had said.

Douglas yesterday said that when the programme is restarted, the ICHP would account for at least five per cent of the expenditure of the NHT for housing.

He noted that houses were being built by the Government in collaboration with Food For The Poor at a cost of $1.77 million each.

He said that unlike the last bite of the ICHP, in which two-bedroom homes were constructed in four-storey apartment buildings, the rebirthed programme would see a combination of detached housing units such as studios.

Douglas, while saying he was not able to provide data on compliance yesterday, also indicated "it has improved substantially from the point of view of compliance in the payment of mortgages".