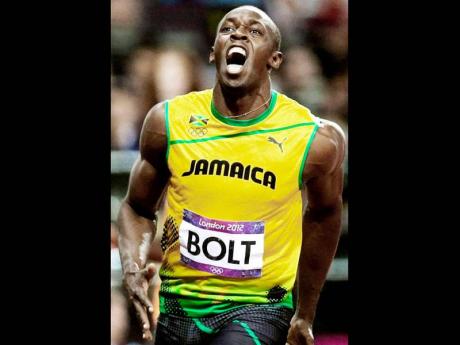 Despite the absence of three of the biggest names in the sport of track and field, athlete liaison Donald Quarrie is hopeful there will not be a fallout in attendance at the upcoming Jamaica International Invitational.

The list has now ballooned to include the world's fastest man, Usain Bolt, after it was announced yesterday that the sprinter had suffered a hamstring strain while training last week.

"I am disappointed to miss the Kingston meet, as I love running in front of my home crowd in Jamaica," Bolt stated via a press release issue by his manager Ricky Simms.

"I'm told it is only a Grade One strain, so hopefully I will be OK soon," said Bolt.

Hoping to recover in time

It was further stated that the 26-year-old sprint star is hoping to recover in time for the Cayman Invitational on Wednesday, May 8, but that decision will come closer to the date of the meet.

While admitting that it will be a blow to not only Bolt, but Blake, who suffered a hamstring injury at the UTech Classic earlier this month, Quarrie said the health of the athletes was the primary consideration.

"First of all, I must say that I am sorry to hear about the injury and we hope the rest will give Usain and Yohan the opportunity to be ready to represent us at the national trials and later this year at the World Championships in Moscow," Quarrie told The Gleaner.

"I am sure that although they are not going to be participating they will be there to support us, and we are looking forward to an exciting meet."

Despite the absence of the trio, Quarrie believes there will be plenty of quality sprinting on display at the meet, and that hope has been encouraged by the confirmation of American champion Tyson Gay's participation. Gay is expected to take part in the 100m event.

"We have confirmed the participation of Tyson Gay. We spoke to his agent and he says Tyson is in good shape," said Quarrie. "It is possible that we could see a 9.8 clocking. I think it will be a fantastic meet."

Quarrie pointed to what he expected to be other competitive races, which will include a 200m showdown between Olympic silver medallist Shelly-Ann Fraser-Pryce, Kerron Stewart and American Bianca Knight.

Other anticipated events will be the women's 100m, where sprint queen Veronica Campbell-Brown and American Allyson Felix will face off; and the women's 100m hurdles, where Melaine Walker will make her debut in the event against the London Olympic silver medallist Dawn Harper of the USA after Walker's much-publicised split with long-time coach Stephen Francis.