A case for mental illness or possession 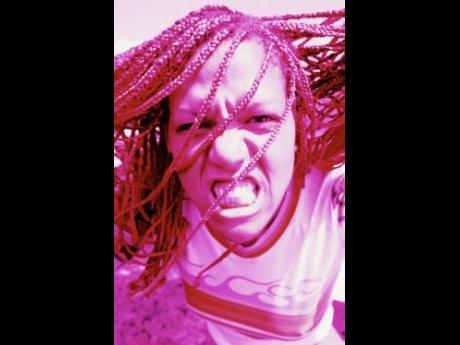 "Do not fear but resist

Be careful of your deeds

Don't open the door to evil."

Italy's foremost exorcist and theology professor, Father Francois Dermine held court. Fellow exorcists in the room were glued to his every word. Medical practitioners, anthropologists, clerics and a handful of journalists were equally transfixed.

"Saint Pio of Pietrelcina (Padro Pio) once said that more than half of those committed to mental institutions are not medically sick, but obsessed or possessed," he ventured.

It was a provocative claim that many today hold true. In fact, some believe the figure to be much higher.

According to the Australia-based Spiritual Science Research Foundation, a staggering 85 per cent of all our problems are rooted in the metaphysical world.

Fr Dermine welcomed the revival of exorcism in modern society, but warned that its success can be realised only through faith, piety, and the ability of priests to discern possession from a psychotic or neurotic episode.

At times, they are seemingly indistinguishable.

To elucidate these complex scenarios, he presented the case of a 32-year-old married woman - a psychologist - who attended a meeting organised by Movement of Hope, a controversial group that conducts séances for bereaved parents - sometimes with disastrous results.

He recalled the mentally debilitating impact of her auditory and visual hallucinations - the threatening and taunting voices that drove the "petrified" woman down an emotional abyss.

Waging an implacable battle with insomnia, exhaustion, fear, and loss of faith, she edged toward suicide.

These "voices" are never sources of inspiration, like the fabled muse, as some "Hearing Voices Networks," advocate. They are "hellish," and bent on "destruction".

Believing that she had succumbed to mental illness, she sought the counsel of a colleague, an experienced cognitive psychologist, whose diagnostic testing eliminated schizophrenia or a bipolar episode. Thereafter, she solicited the help of Fr Dermine, who immediately performed Prayers of Liberation that included "The Hail Mary," and "Come, Holy Spirit."

The reaction, according to the exorcist, was "shocking." The woman - placed in a seated position - oscillated at a lightning speed, indicating that "something more than physical or psychological was involved". An exorcism had to be performed.

The exorcist presented this case to emphasise the importance of discernment - the ability to know when spiritual treatment is the best recourse.

He criticised "doubting" priests, and the emerging rationalism and intellectualism in the Church that have led to transferring genuine cases of spiritual obsession and possession to psychiatrists whose panacea is psychotropic medication (drugs that alter mood and behaviour).

He said that the administration of psychotropic drugs in these situations creates crises that can "really throw individuals over the deep end".

In many cases, he said, "psychotropic medications are needed, but seldom when a person is obsessed or possessed".

He was confident in saying that many spiritually diseased persons are misdiagnosed and heavily medicated by psychiatrists who are dismissive of the spiritual dimension of mental illness.

At the same time, he conceded that there are cases rooted "in both the psychological and spiritual dimensions".

As such, he called on exorcists, clinical psychologists, psychiatrists and social workers to work together in designing a therapeutic approach tailored to the patient.

He counselled priests involved in the ministry to be aware of patients who become addicted to "the Exorcism Rite, while ignoring other forms of therapy".

He called this a "perilous development that must be immediately addressed".

In his two-hour PowerPoint presentation, he exhorted priests to strengthen their theological faith, their humility and piety.

"The Evil One acting through the possessed person will reveal the sins and weaknesses of the exorcist, destroying his credibility and, in effect, destroying all efforts to remove the victim from his clutches."

He referred to the "alarming statistics by the Italian Catholic Psychiatric Association that indicated that 500,000 individuals visit exorcists every year for help, and a staggering 12 million people seek the counsel of tarot-card readers, witches, and occultists, whom he called "the main cause of society's spiritual malaise".

Of occult practitioners, he opined that "some extraneous element is involved," referring to "the counterfeit power of dark forces".

He went out to state that the inclusion of a new category: Religious and Spiritual Problem in the Diagnostic Statistical Manual IV (known as the Bible of Psychiatry), is testament to the rise of occultism, including Eastern practices that create problems for unsuspecting Western devotees with little understanding of these spiritual traditions."

He said that with a mere 200 exorcists in Italy, it is impossible to address every case. However, the majority of cases are treatable with Prayers of Liberation.

In many situations, he noted, obsessed persons are very functional, unlike schizophrenics and individuals suffering with dissociative disorders, and will respond to spiritual therapy.

Fr Dermine assailed "renegade" priests who perform exorcisms without the mandate of the Diocesan Bishop. He said that such priests are "playing with fire," by not having the efficacious seal and power of the Church during the gruelling test of wills between good and evil.

Exorcism prayers and formulas cannot be improvised, he cautioned.

He also advised priests to exercise prudence. He said that public exorcisms should not be performed because they risk "spiritual infection" and hysteria.

Fr Dermine confided that he was aware of priests who have been "adversely affected physically and mentally because of their indiscipline and their go-it-alone attitude".

Can trained, pious exorcists be defeated? Fr Dermine did not rule it out. The Devil is wily, intelligent and dangerous, he acknowledged, adding that the fate of every exorcist is ultimately in the hands of God ... but a God who is omnipotent and unfailing ... One who will deliver victory to His servant in the end.

Next: Part III: Criminal Gangs and the Occult

Dr Glenville Ashby is the president of the Trinidad and Tobago Interfaith Council Int'l. Feedback: glenvilleashby@gmail.com or follow him on Twitter@glenvilleashby