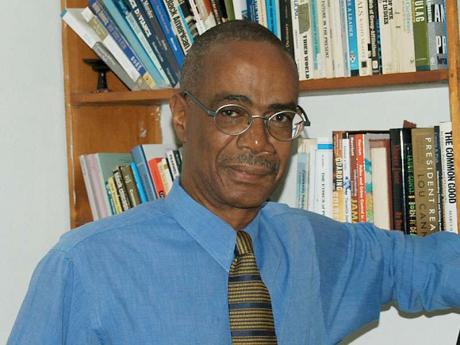 'The common tendency is to think of all deportees as violent criminals and that's not the case.' — Bernard Headly 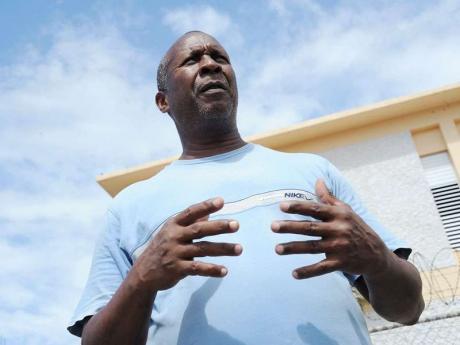 "Please give us a fighting chance," was the plea of an ageing deportee, who has been languishing in Jamaica since his unceremonious return 13 years ago.

At first glance, Victor Lawson, who will be 60 in July, seemed like another elderly ward ambling along the grassy premises of the state-owned Vineyard Town Golden Age Home in eastern St Andrew.

But as he spoke in soft yet commanding tones, the utterances of the muscularly built, greying man, sporting a pair of well-worn shorts and a light-blue T-shirt with a tattered pair of sneakers, arrest attention.

"I came with the intention to inspire people who are on drugs to restore hope; to say, 'look, I used to be a hard-core crackhead to the extent that I lost my sense of hope. Now that my hope is restored, why is it that God would not do it for you as well'?" asserted Lawson, a former narcotic trafficker-turned-drug addict.

"Please don't lump us all together," he pleaded. "We are not all bad."

Lawson told The Sunday Gleaner that since he was shipped back to Jamaica, he has been searching in futility for a job. He has wrestled with the stigma of being a deportee for the past 13 years, despite having turned his life around.

"I accumulated quite a stockpile of convictions that had to do with narcotic offences," responded Lawson when asked why he was deported from the United States.

"I was a drug offender many times over and that is why the US government enacted legislation to screen us out to send us back home," added Lawson candidly.

"When they harvested me from the community, I was already a seasoned, hard-core drug addict, who was on drugs for 14 years, prior to my last arrest."

He said he was then taken into the custody of the US immigration authority. "So the Feds (Federal agents) came for me while I was in State custody and put me in Federal custody ... while I was awaiting my deportation - which took five months - I experienced my rehabilitation in Alabama."

Lawson was deported to Jamaica at age 46 without a place to stay. He said he ventured into the golden-age home to assist those who were in need in exchange for a much-needed meal. For the past two years, Lawson has been a full-fledged resident at the golden-age home.

"I used to come here and do volunteer work to help the nurses so I could acquire food."

Although a free man on arrival in Jamaica, Lawson was in for the shock of his life. He was to face a totally unexpected sentence, more severe than incarceration.

"When I arrived in the country, I immediately realised the high levels of hostility and contempt that the average citizen has towards the deportee ... I could not understand what generated that type of opposition, that type of hatred," Lawson lamented.

He admitted that he harboured the belief that the media played a great role in spurring the people's aggression against deportees by the sentiments published in the newspaper - that deportees are responsible for the high crime rate and for the types of crimes that are being exported from the United States.

"But they never stated that because we are living in a globalised world with people travelling to and fro, more than before, having the privilege to travel for varying reasons, that just maybe, some of us became adapted to the culture, habits, lifestyle and things that foreigners like," he complained.

"That would certainly have an impact on those who went away and have not returned," added Lawson.

He frowned at the prospect of thousands of deportees being dispatched to Jamaica without being properly screened.

"The Government of Jamaica has never taken the time to screen these people as they enter into the country to find out which ones are ill, and if they are ill, what type of ailments they have and if they are contagious; they never checked to determine whether they are educated, or uneducated, patriotic or unpatriotic," he said.

Lawson contended that if the authorities screened the deportees, Jamaica would be able to determine which ones are bent on wreaking havoc, which ones are married and how many have been separated from their children and families.

"They just lumped us up into the country and say, 'Dem deportee fe gwey weh dem send dem back ya fa?'" he bemoaned.

Lawson argued that in the 1990s when the deportation agreement was forged, the Government was given ample time to prepare the country for the returned people. "They were warned long before legislation was passed in Congress in the United States," he suggested.

He is appealing to the Government to give those who made errors in life in another country a second chance.

Among his range of proposals are to call in deportees who fell through the cracks (did not receive any form of assistance) to find out what is it that they can contribute to society.

"We need all hands on deck right now, it is not all of us who came with negative intentions for the country - to form gangs and become criminals ... some of us really came to contribute," he pleaded.

That position could find full support from chairman of the National Organisation of Deported Migrants, Professor Bernard Headley, who has long argued that a lack of understanding of the general characteristics of deportees is the number one problem affecting them.

"That has been the sticking point ever since they started coming back in large numbers, in the late 1990s. Because we hear that they have committed crimes, although we don't know of the nature, the common tendency is to think of all deportees as violent criminals and that's not the case."

According to Headley, his research across the Caribbean shows that Lawson is a typical deportee - non-violent and in need of a second chance.

"They are not violent people, they are not criminals. They got into various kinds of scrapes in the United States and so we need a more nuanced understanding of the predicament that forced them out."

Headley stressed that only then will the deportees be given a second chance at life in a land which for the most part is foreign to many who left local shores as children.