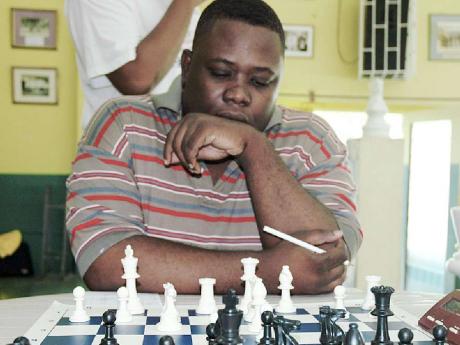 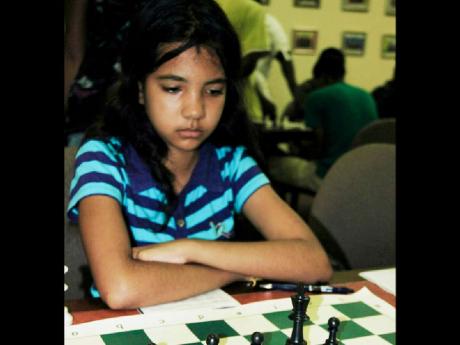 YOUNG CAMPION College high schooler Rachel Miller underlined her prospects as one of Jamaica's high potential, young female chess players when she catapulted herself into the zone of an internationally titled player.

Confirmation of the title of Women's Candidate Master (WCM) came this week from FIDE (World Chess Federation), which has finally ratified the results of the VII Central American and Caribbean Youth Chess Championship held in Caguas, Puerto Rico, in December 2012. Rachel, who will now be referred to as WCM Miller, earned this title as she topped the female performances in the Under-12 section in which she competed.

WCM signifies Women's Candidate Master and in short, the next stop for Rachel will be Women Fide Master, if she continues to grow in her strength and her FIDE rated tournament outcomes remain positive.

WCM Miller's coach FM Warren Elliot is obviously elated. He said in the tournament, while she registered in the Under-12 Female section, this was merged with the Under-12 Absolute Section, so she had to play both boys and girls. When the dust settled, she tied for first place in the Female category.

It has been a long wait for the official announcement of this title, which the coach expected would happen, but needed to be ratified by FIDE and sanctioned by the Jamaica Chess Federation.

In other chess news, NM Andrew Mellace, who opted to play in a tournament overseas and give up defending his national title, came out on top. NM Mellace became the 2013 Heroes Day Candidates champion from the Digicel Heroes Day International Chess Festival that was played in Barbados at the Amaryllis Hotel, Hastings, Christ Church. Next week, ChessMate will speak with NM Mellace about his outing and his feelings now on his sacrifice.

In the National Championships, CM Damion Davy, who is the joint defending national Champion along with NM Mellace, is sitting very comfortably at the top of this 10player round robin tournament.

CM Davy is a cool 1.5 points ahead of the field after 7 rounds and while not impossible it seems hardly likely that anyone in the chasing pack will come close to hauling him back from what now appears to be a runaway victory for the defending champion.

The tournament ends on Sunday, so next week, ChessMate will congratulate the 2013 national champion.

Here are the results after seven rounds of play.