A thin line between genius and insanity 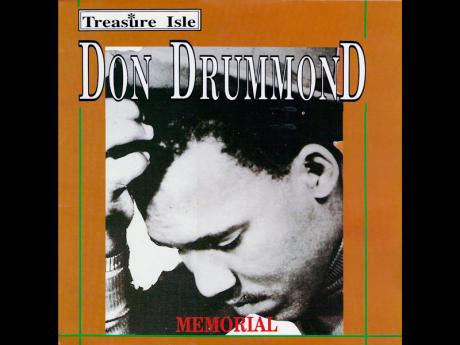 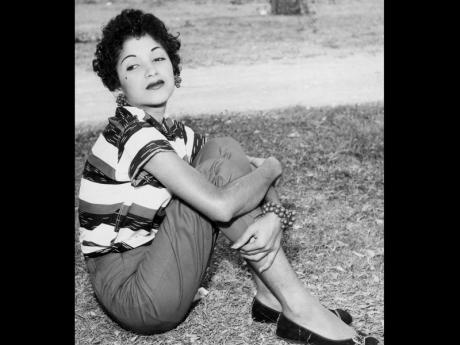 Alpha Boys' School, situated along the busy thoroughfare of South Camp Road in east Kingston, has over the years acquired the reputation of being the nursery for some of Jamaica's greatest musical legends.

Driven by its motto, 'Upwards and onwards', it became the repository for musical talent for more than three-quarters of a century. The school, apart from providing a home for wayward and underprivileged boys, emphasised a craft-oriented curriculum: Woodworking, shoemaking, plumbing, tailoring, printing, welding, electronics, agriculture, basic education and music.

Out of the music programme grew the Alpha Music Band, which started in 1892. Down the years, it has produced such stalwarts as the jazz greats Joe Harriott and Dizzy Reese; world-rated saxophonist Wilton Gaynair; UK chart topping trombonist Rico Rodriguez; almost the entire horn section of the incomparable Skatalites band of the 1960s, in addition to vocalists Leroy Smart, Yellowman and many others, too numerous to mention.

But perhaps one of the best-known Alpha graduate was the world-rated trombonist, Don Drummond, who attended the institution between 1943 and 1950.

The month of May will always be remembered by ardent music fans and historians as the one in which Drummond passed away. It was exactly 44 years ago, this past Monday, that this illustrious Jamaican met his demise under controversial circumstances: It was believed, but never confirmed, that the mentally challenged trombonist was beaten to death while an inmate at the Bellevue Hospital in east Kingston.

Drummond's musical journey began when he entered the Alpha Boys' School on December 10, 1943.

Principal, Sister Mary Ignatius Davis, with whom I had an interview shortly before her death on February 9, 2003, confirmed, while providing supporting documents, that Drummond was nine years old on admission, which by simple mathematics would place his birth in 1934 and contradicts many other theories.

History has it that Drummond was taken there by his mother, who could no longer control his truancy. Two years later he was placed in the music band, and taught the most awkward of instruments - the trombone.

No instrument was quite like it, given its push and pull manoeuvres, and its queer seven-position note scale. Yet Drummond was able to master the instrument in almost 'no time', reinforcing the theory that 'there is a very thin line between a genius and a mad man'.

He soon began entertaining his peers and teachers with his crisp, sharp, multiple short notes that many found difficult to pattern.

While at Alpha, Drummond was described by Sister Ignatius as a very quiet, introspective boy, who worked hard, seldom smiled, and spoke little, idiosyncrasies which followed him through life, and was perhaps symptomatic of his later demise.

Upon his graduation from Alpha, Drummond was recommended to, and accepted by the famous Eric Deans All Stars band as trombonist. It was the beginning of a brand new world for the teenager, whose earliest efforts were mainly jazz-oriented recordings, foremost among which was a piece titled The Answer.

By the mid-1950s, Drummond had established himself as the island's top trombonist, while some musicologists placed him among the top three in the world.

Drummond also had stints with The Sonny Bradshaw and Kenny Williams orchestras. His main influences then were the American big band sound and the 'jitterbug boogie', which shaped his next set of recordings, demonstrated by Schooling The Duke, Reload and Looking Through The Window.

During the mid to late 1950s, the influence of rhythm and blues and the sound system began to be felt in Jamaica. The music of the day was evolving into something new, and the American boogie, which had caught on in Jamaica, was making a transition into ska.

Drummond became part of this musical craze when he joined the likes of Tommy McCook, Roland Alphonso, Johnny Moore, Jackie Mittoo, Lloyd Knibbs and others to form the Skatalites band in 1963.

It was a period of enormous musical enjoyment as the band, with Drummond as the star act, recorded some memorable pieces like The Guns Of Navarone, Man In The Street, Reload, Scrap Iron, Bridge View, President Kennedy, and Addis Ababa.

He even had an appropriate piece titled This Man Is Back, signalling his return to recording, after one of his mental lapses.

And who could ever forget those exhilarating trombone solos that popularised Justin Hines' Carry Go Bring Come, Dotty and Bonny's Dearest and others.

Drummond did the bulk of his recordings for producers Clement 'Sir Coxson' Dodd and Arthur Reid, but also had some popular cuts for Randys and Leslie Kong, for whom he did the very mournful Snowboy and Vat7. He also graced producer Justin Yap with his presence, on the top-10 hit Confucius.

Backed by the Skatalites band, Drummond recorded close to 200 selections, while writing or improvising on a vast amount. In addition, he had some memorable performances at clubs like The Bournemouth in Rockfort, The Glass Bucket in Half-Way Tree, The Silver Slipper in Cross Roads, and several theatres across the island.

Drummond, in fact, had a long history of mental illness, and was hospitalised on a number of occasions. His condition worsened shortly after his last set of recordings with the Skatalites in 1964, and on New Year's Day 1965, in a fit of jealous rage, he stabbed to death his girlfriend, Anita Mahfood, a rhumba dancer who performed under the name Marguerita, and then turned himself in to the police.

Legally represented by former Prime Minister Percival James Patterson, who was once manager of the band, he was tried, declared a criminal lunatic, and committed to the Bellevue Asylum Hospital, where he died under mysterious circumstances on May 6, 1969.

Widely accepted as a musical genius, Drummond has left us more than a hundred improvised and original compositions, which will not only continue to entertain us, but have become pieces for study by present and future generations of musicians.