Jamaica - the hub of innovation and entrepreneurship in the Caribbean? 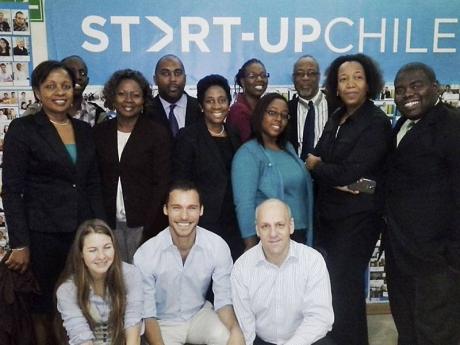 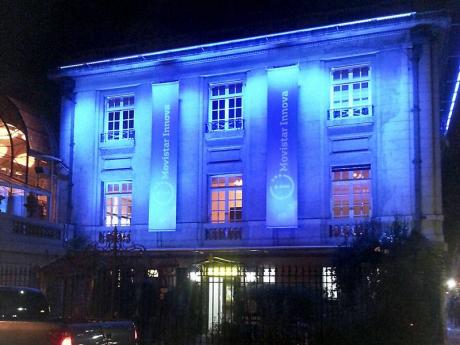 A 12-person delegation, headed by Julian Robinson, minister of state in the Ministry of Science, Technology, Energy and Mining, has just returned from a four-day visit to Santiago, Chile, to see first-hand how that country is developing a robust ecosystem for entrepreneurship and innovation.

The World Bank was the sponsor of the visit and was represented by Fabio Pittiluga, senior social development specialist in the Sustainable Development Department for Latin America and the Caribbean, and consultant to the bank, Ivan Gonzalez.

I was privileged to have been invited on the mission, which included three young software developers: Roxanne Wanliss, Joel Dean and Stephen Gentles. Dr Stacey-Ann Wilson, adviser to Minister Robinson, Reginald Nugent, adviser to Anthony Hylton, Minister of Industry, Investment and Commerce; Audrey Richards, consultant to the Development Bank of Jamaica, and Dionne Palmer, incubator manager at the Technology Innovation Centre at the University of Technology Jamaica rounded out the group.

The primary purpose of the mission was to visit Start-up Chile (SUP), a government-financed programme launched in August 2010 to attract early-stage, high-potential entrepreneurs to bootstrap their ventures in Chile, without taking equity in the firms.

Its goal was to convert Chile into the innovation and entrepreneurial hub of Latin America, akin to other centres of innovation in the world, particularly the Silicon Valley.

The Jamaican group was particularly thrilled to meet the founder of SUP, Nicolas Shea, a Stanford-educated entrepreneur who was recruited by the then minister of economy, Juan Andrés Fontaine, to join his staff as his entrepreneurship adviser. Only days after Shea relocated to Chile, a massive earthquake struck in February 2010, causing more than $15 billion in damages.

Tapping into his contacts in Palo Alto, California, Shea and his colleagues set out to help rebuild Chile using simple tenets - disrupt the age-old impediments to growth: ultra conservative businesses, too much red tape, low risk taking among banks, and few but demanding venture capitalists, by building an entrepreneurial and innovation culture among Chile's youth and creating an ecosystem that could spur rapid growth.

Shea describes Start-up Chile as a "disruptive idea" that attracted young, foreign entrepreneurs to Chile for at least six months to create a venture, giving them each US$40,000 of seed capital, a visa, a social security number, a bank account, a work space that included a desk and Internet connection, and very importantly, a Chilean assigned to ensure a "soft landing".

Today, after two and a half years, SUP is a highly successful programme that supports both foreigners and Chileans to create innovative ventures using much the same model as it did in 2010 with some minor changes to enhance its effectiveness.

Now, 40 per cent of the applications received are from Chile, but it is clear that the original objective of importing talent with a view to changing the entrepreneurial culture is still very much at the forefront of the programme.

While visiting the main facility in Santiago, a high-tech building donated by Movistar Chile, a subsidiary of Spanish telecoms giant Telefónica, we chatted with entrepreneurs from the US, Bulgaria, India, Argentina, Mexico, Indonesia, Australia, Spain, the UK and China. And we were not the only ones visiting - Carolina Rossi, who is in charge of alliances at SUP - shared with us that the house is always buzzing with visitors and we actually had a joint session with an MBA executive team from the Thunderbird University in Arizona, US.

Numerous countries have been trying as we were, to understand the "magic" of this innovative programme.

With a current budget of US$12 million per year, funded by Chile's economic development agency CORFO, which is itself funded by a tax on mining companies operating in Chile, SUP can boast some impressive results.

Today, it has received 5,600 applications from 70 countries, admitted more than 1,000 entrepreneurs from 53 countries, and a host of social impacts - almost 600 "meet-ups" organised by SUP and participants or "suppers", and 3,790 hours of mentorship provided by suppers. Additionally, there are all kinds of spin-off programmes supporting entrepreneurship and innovation and a global rush to emulate the programme's design elements and impacts.

We visited one facility, Wayra, a tech incubator operated by Telefónica that incubates 10 companies for 10 months. The incubator manager, Claudio Barahona Jacobs said that Wayra wants to support international start-ups to capture the "winds of talent blowing" in its midst.

Wayra makes a direct investment of US$50,000 in each company in three parts: an initial sum and the other two tranches when agreed milestones are achieved. The investment is in the form of convertible notes. The incubator provides space and services, coaching in how to make a pitch to investors, how to run a company, to hire people and be a boss.

The entrepreneurs we spoke to said that the coaching was one of the most important elements of the programme, and they also participate in management courses run in collaboration with a local university.

Critical is making business links with Telefónica itself, using the company as a distribution channel or as a first customer, testing the applications developed by the entrepreneurs.

Telefónica has 11 million customers in Chile who have smartphones and 300 million business and consumer customers in 30 countries worldwide, so the company is a vital link to this huge market for mobile apps and business applications for its incubator clients.

Joel Dean was one of three software developers on the trip. He is a computer science student at the Northern Caribbean University and a software developer who won a prize at the first Digital Jam for his team's "Pothole Positioning system". Asked what aspect of the visit was most important to him, he said that his Jamaican peers tend to be loners but in Chile, he was impressed by the sense of "community" among the "suppers" at Start-Up Chile and the other facilities that we visited.

He and his two colleagues hit pay dirt - getting valuable advice from the young tech entrepreneurs about their current projects. "I was too in love with my idea - what was reinforced was the absolute need to consider the market at the same time as I am attempting to solve the problem with the software", Dean said.

SUP's founder, Nicolas Shea, is optimistic about Jamaica and encouraged the group to adopt and adapt the best elements of the SUP programme. The World Bank and Minister Robinson plan to invite Shea and a number of the Chileans whom we met to Jamaica, later in the year, to continue discussions with a wider group of stakeholders.

Minister Robinson, like the other participants on the mission, declared the visit a great success. "It impressed me greatly how the work of CORFO, and Start-up Chile in particular, has cultivated, in such a short space of time, a culture of innovation and entrepreneurship, implemented with the full support and backing of the president himself and a determination to nurture the nascent talent of young entrepreneurs," Robinson said.

He continued: "The Chileans recognised that this initiative would not provide an immediate return, but could put the country on a path that in a way becomes irreversible, because of the groundswell among the growing entrepreneurial community."

Everyone on the mission agreed that Jamaica has the opportunity to replicate some of the successful elements of the Start-up Chile programme. Jamaica has talented and technologically savvy young people who are eager to tap into the global demand for creative applications that solve real-world business and social problems.

In so doing, they create their own employment. We have the interest and support of international development partners including the World Bank to finance initiatives that will support the growth of the Jamaican economy. It is an opportunity to forge public-private partnerships to provide early stage and venture capital financing for SMEs, mentorships and access to markets. But will our leaders champion such efforts to move us beyond mere talk? And will we collectively have the courage to act now to secure the future of our nation? We'll see.

Sandra Glasgow is founder and managing director of Biz Tactics Limited. She conceptualised and built the Technology Innovation Centre at the University of Technology and is a specialist in corporate governance.