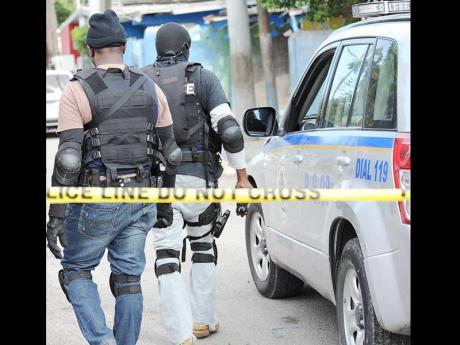 Armed with legislation under the Proceeds of Crime Act, plus intelligence provided by their overseas counterparts, the Financial Investigations Division (FID) has targeted more than $300-million worth of high-end properties in western Jamaica, which investigations suggest were acquired through an international drug and money-laundering network.

The Gleaner understands that the network stretches from Central and North America to the Caribbean and is linked to the re-emerging high-priced cocaine trade in western Jamaica in particular. But the lawmen are closing in on drug lords and their associates.

The re-emergence of the cocaine trade in Montego Bay, St James, has been under surveillance by the police, who last month intercepted a vehicle along the Mount Carey main road in the parish carrying 66 kilograms of cocaine with an estimated street value of $264 million.

Also, in an unrelated case earlier this year, the FID was successful in having one of the mansions in the Second City, valued at $50 million, forfeited through the courts.

"Up to the end of April, we seized over $1 billion (in cash) in several incidents, which are currently before the courts," one of the law-enforcement officers told The Gleaner yesterday.

In relation to the high-end properties, the police said the probe began in the United States, where two brothers are currently in custody for their alleged role in attempting to smuggle six kilograms of cocaine into that country. The assets of the prominent, Montego Bay-based family are being investigated by local law-enforcement agencies, which include the Major Organised Crime and Anti-Corruption Task Force (MOCA).

A release issued by the police yesterday evening stated that the investigations have since resulted in a number of close associates being identified as having aided the process by transporting, concealing and investing huge sums of cash sent by the brothers from North America in an attempt at laundering the proceeds of their drug-dealing activities.

Reports are that the family operates several well-established businesses in western Jamaica. At least 11 properties, located across St James, have already been identified by the FID, with a view to have them forfeited.

In the release, head of the FID, former Assistant Commissioner Justin Felice, stressed that his team and MOCA would be ramping up their efforts in going after the assets of persons suspected to be involved in the commission of certain criminal offences.

He hopes that more forfeited assets will be redistributed for the benefit of communities affected by the scourge of the drug trade, lotto scamming, extortion and other financial crimes and expressed confidence that action such as this would indeed send a very strong signal to persons who aid criminals in their attempt to legitimise their ill-gotten gains.