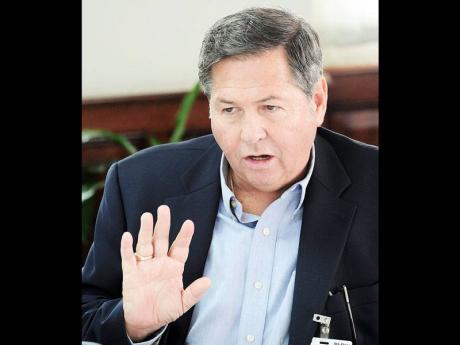 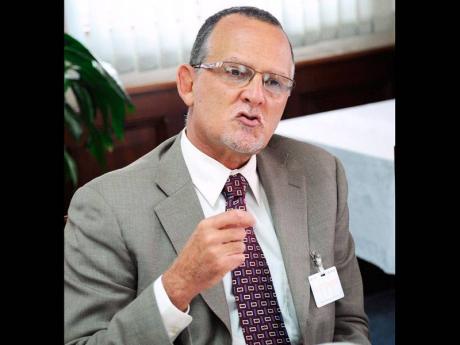 Some members of the Jamaica Energy Council (JEC) are objecting to Cabinet's decision to consider a belated expression of interest from a Hong Kong-based firm to construct the Government's 360-megawatt generating baseload plant.

The company, first mentioned by Phillip Paulwell, minister of science, technology, energy and mining, during his Budget presentation two weeks ago, has been identified as Energy World Corporation (EWC) Limited during a special sitting of the JEC and the Office of Utilities Regulation (OUR) on Friday.

"This fourth bidder that was parachuted in at the end cannot and should not be considered," said Gregory Mair, opposition spokesman on energy and a member of the JEC. "This breaks the entire tender process and is unfair to the other groups that had to adhere to a deadline and, as the opposition representative, we will not be accepting anything that comes from this bidder who came in on the back-end."

Paulwell could not be reached for comment despite several attempts but, addressing the issue of high energy cost in his presentation to the nation, he revealed that in their most recent attempt to expand the supply of energy to the national grid, the OUR received unsolicited proposals for 14 discrete projects from five entities, four of which were worth pursuing by negotiations.

These he identified as Amorview/Tank-Weld, which presented a 232-megawatt project proposed for Old Harbour, and a 122.4MW project proposed for Caymanas in St Catherine; monopoly distributor, Jamaica Public Service (JPS) offered a 323MW and a 350MW combined cycle plant, for Old Harbour, also in St Catherine; while Azurest/Cambridge presented a proposal for a 388MW plant mounted on a barge. All three proposed the use of natural gas, and responded by the March 15 deadline.

Open for other late bids?

The energy minister then announced the inclusion of a proposal from ECW, described on its website as an integrated energy company, with primary gas and power operations in Sengkang, South Sulawesi, Indonesia and Australia, with a special focus on future development on the expansion of its LNG business.

"Our understanding was that the bids closed, but a recommendation was made by the OUR, then came a late entry in the form of an email from a Chinese company," said Brian Pengelley, president of the Jamaica Manufacturers' Association. "The concern is that having made a decision, how can you now turn around and take another bid that is late, because what the OUR has done is exposed itself to other late bids."

However, a member of the JEC, who spoke on condition of anonymity, told The Gleaner that if EWC can deliver what they have proposed, then it will be to Jamaica's benefit.

"The fact of the matter is that they are not presenting the same thing the other people are," said the JEC member. "Everybody else sent in a proposal to generate 360MW of electricity, but they were only aware that Jamaica was on the hunt for a cheaper energy solution."

According to insiders, the ECW proposal would provide the cheapest energy solution.

The JEC member added: "Their proposal is not something that someone in the position we are in can ignore. They own their own gas fields and their proposal includes an LNG facility, financing and a number of other things, plus a power plant, but they did not specify the size of the power plant because they were not aware of this bidding process."

According to other members of the 23-man JEC, the OUR is yet to provide specifics on the project, forcing the Phillip Paulwell-chaired group to mandate a June 30 deadline.