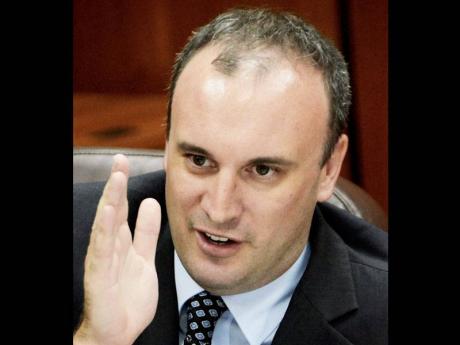 Jamaica has suffered a long string of international rescues and ultimately failed fiscal programmes, but last month's bailout, led by the International Monetary Fund (IMF), could be the country's final chance to avert an economic catastrophe.

The latest four-year programme is controversial even among its bankrollers. The IMF led the negotiations with the Jamaican Government but wanted the World Bank and the Inter-American Development Bank (IADB) to put up more of the cash needed. However, the latter two were sceptical of the programme's design and Jamaica's ability to adhere to its conditions, according to people familiar with the matter. In the end, the IMF increased its contribution to US$958 million, while the World Bank and the IADB will each lend US$510 million.

The tense negotiations between the multinational organisations were like "a Mexican stand-off, while Jamaica was biting its nails", said a senior official involved in the talks. "It's a high-risk programme, a last-ditch effort to avoid a massive adjustment, even a collapse."

Many fear that the collapse may still come unless Jamaica manages a tremendous turnaround. The country restructured its domestic debts for the second time in three years in February but is still lumbered with one of the world's biggest debt burdens.

The IMF envisages that Jamaica's debt-to-gross domestic product ratio will drop to about 95 per cent by 2020, but the programme's requirements are daunting: the Government has to raise its primary budget surplus - before interest and debt repayments - to 7.5 per cent of GDP in the upcoming fiscal year.

Jamaica's primary surplus is just over 5 per cent, so tax increases and quick and deep budget cuts already this year are required.

'Haircuts' on the face value of the debts are difficult given that the vast majority of the loans - including foreign law bonds - are owed to domestic banks and investors. A big hit would devastate Jamaica's financial system. Even so, some say this may, in the long run, be the best option.

"Jamaica is sitting on the kerb slowly bleeding to death," said a hedge fund manager. "They can remain there and gradually wither away, or they can walk into traffic and get run over by a truck. It will be brutal, and they may spend a year or two in intensive care, but that may be what they need in order to walk out on their own two feet."

Another big vulnerability is Jamaica's yawning current account deficit, which has worsened due to bumper imports and anaemic demand for the few exports the country has to offer.

It will widen even further if - as is widely expected - Venezuela curtails a cheap oil programme for the Caribbean instituted by late president, Hugo Chávez.

"The Achilles heel is the external account," the official says.

Economic growth would be the easiest way to improve public finances and trim the debt pile, but the economy has essentially been in stasis for decades. The Government's heavy borrowing has crowded out and hamstrung a credit-starved private sector, argues Paul Scott, chief executive of the Musson Group, a Jamaican conglomerate.

The high cost of energy is another headwind. Local power plants are ancient and inefficient, and Scott estimates that Jamaicans pay five times as much as nearby Trinidad & Tobago. "Energy is, in effect, a tax on consumers in Jamaica," he says.

Bryan Carter, a fund manager at Acadian Asset Management, says the recent restructuring has bought time. He argues that the IMF can be a convenient scapegoat for the painful budget cuts the Government has to make.

Jan Kees Martijn, the IMF's local mission chief, points out that Jamaica has already implemented all the measures required so far. "We also take comfort in the widespread recognition in Jamaica of the need for change," he says.

Still, there is widespread pessimism over Jamaica's ability to enact fiscal cuts and economic reforms of the dimensions required. Andrew Holness, a former prime minister and now head of the country's Opposition, argues that the "Government has not put forward a cogent economic policy to show us how to get out of the quagmire".

"This new generation of politicians has to have fiscal discipline ... and be more responsible. There can be no more handouts, no more free lunches," he says.

Even the multinational organisations that engineered the bailout are concerned that Jamaica could fail once more to adhere to the terms of the IMF-led programme - with dismal consequences. As one official concedes, "The risk is that this will fall apart, and things will collapse."

Kees Martijn says: "We at the IMF remain committed to help the country in this process, but ultimately, Jamaicans hold the key for success."