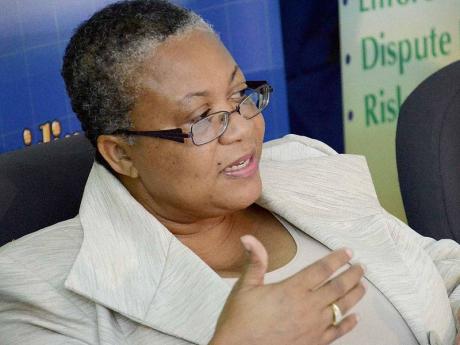 JAMAICA STOCK Exchange (JSE) is planning an initial public offering of 20 per cent of its ordinary shares to stock market investors, which will happen sometime after the redemption of the 33 million preference shares listed on its own exchange scheduled for monthend.

Trading in the prefs will be suspended on May 24, a week ahead of the delisting on May 31.

"Our prospectus clearly provides the basis for redeeming the preference shares. It states that the securities shall be redeemed out of distributable profits, or the proceeds of a fresh issue of preference shares, made for the purposes of the redemption," said JSE General Manager Marlene Street-Forrest.

"The JSE has taken the option of redemption out of distributable profits. On May 31, 2013, the total of J$66 million in principal payment along with interest payment will be made to shareholders," she said.

The prefs will be redeemed at J$2 per share, the price at which it was offered on the market back in May 2008. The stock last traded at J$1.89 per share.

JSE has already received shareholder approval for the IPO, which will offer 10.2 million shares to the market for subscription.

"We are making preparations for the initial public offering which we expect will be within early third quarter. I am not in a position to provide more details than this at present," Street-Forrest said.

The Jamaica Stock Exchange was established in 1969. In 2007, the exchange was demutualised with the regulatory functions separated from its commercial arm. JSE issued the pref shares the following year to raise equity capital to strengthen its capital base and support its programmes.

In 2009, the JSE launched a junior market, which currently has 17 listings, the last of which was added last Friday, May 17. It launched a US Dollar Index in 2011, which has one listing - Proven Investment Limited. The main market index has another 32 listings, including 10 preference stocks.

The JSE, as part of its growth strategy, plans to target the Caribbean region and other overseas-based companies, including those owned and operated by Jamaicans in the United States and Britain, to list on the Jamaican Exchange.