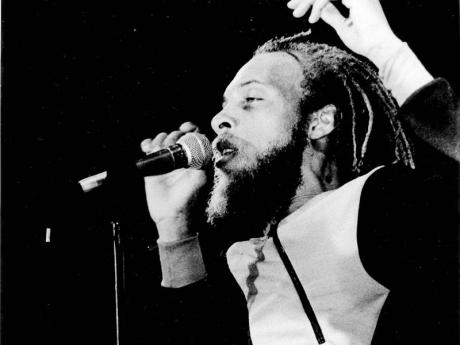 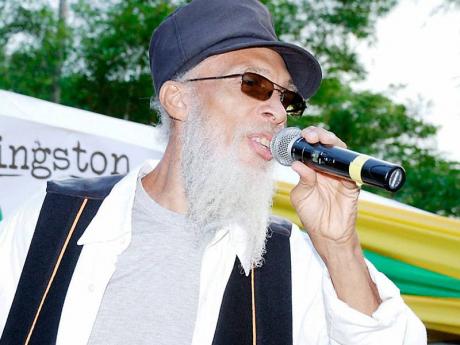 Pioneer dub poet Oku Onuora is poised to step out after a hiatus with the release of his latest album, A Movement.

It was launched digitally yesterday on iTunes by Zojak World Wide, with the live launch set for Tuesday May 28, during the Poetry Society of Jamaica's monthly fellowship at the Edna Manley College of the Visual and Performing Arts.

A Movement is Oku Onuora's third dub poetry album, the first being Pressure Drop, an internationally critically acclaimed collection. Pressure Drop was followed by Bus Out in 2005, and a number of other sporadically released albums that included compilation of previously released and unreleased tracks.

Notable among these releases were instrumental dub albums, some inspired by and others unrelated to his poetry, like New Jerusalem Dub and Overdub: Tribute to King Tubby, released in 1990.

The fiery, enigmatic and reclusive dub poet presents a number of firsts and initiates some new trends on A Movement.

He has revisited poems recorded before and added new musical tracks to old works. Also, for the first time, Onuora is reciting/recording another poet's work. Paying tribute to the legendary Bob Marley, Oku recorded a dub poetry interpretation of Marley's Running Away. He has also included works on the album from two other poets - his daughter Shaka and Jawara Ellis.

Oku describes A Movement as an experimental piece. All tracks, with the exception of two, were recorded over a decade ago, and except for Ruff Neck, Hatta Sketches and Atomic, all were recorded in Brooklyn, New York. A Movement features internationally renowned jazz pianist Monty Alexander and the acclaimed rhythm duo Sly & Robbie, as well as experienced master musicians Courtney Panton, Derrick Barnett and Audrey Hall.

With the release of this new collection, Oku Onuora is stating categorically that the movement against oppression has not ceased and that the inclusion of a newer poetic voices like Shaka and Jawara also signifies the movement from one generation to another. According to the poet, this album is 'livicated' to the memory of his late wife Adugo Onuora-Ranglin, who, alongside Oku, helped to establish and promote the dub poetry genre nationally and internationally.