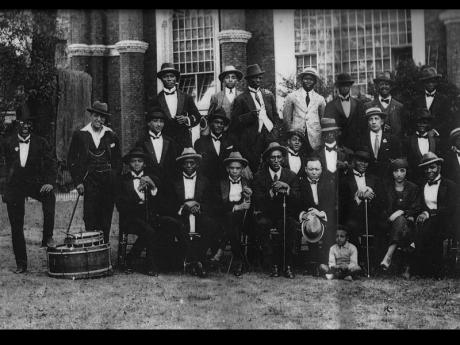 June is Jazz Month and the 23rd Annual Jamaica International Ocho Rios Jazz Festival celebrates the memory of the Southern Syncopated Orchestra. Members of the orchestra, including musicians from the Caribbean, were killed with the sinking of the S.S. Rowan in October 1921 in a collision with American cargo liner the West Canak, to be followed 15 minutes later by another collision with Clan liner Malcolm.

Of the 35 lives that were lost, nine were members of the Southern Syncopated Orchestra.

Today, the first Blue Heritage Plaque, honouring the memory of those Caribbean jazz pioneers, will be unveiled at the former home of Barbadian Frank Bates in Peckham Rye, London, England. At a later date, other plaques will be placed to honour the other members of the orchestra (including trumpeter Joe Smith from Jamaica, Haitian flautist Bertin Salnave and Cyril and George Blake from Trinidad) who lost their lives in what was considered the worst naval disaster since the sinking of the Titanic in 1912.

Considered the number one Jazz ensemble in Europe - and possibly the world - at the time, the orchestra was 36 members strong, including three women. Even though the tragedy made international news at the time, particularly because of its illustrious members, within a year the band would disband and the memory of the Southern Syncopated Orchestra would fade.

Thanks to the untiring effort and meticulous research of Juliet Jones, Frank Bates' granddaughter, and the support of jazz historian Howard Rye, the Nubian Jak Community Trust has agreed to unveil the series of four commemorative plaques dedicated to the Southern Syncopated Orchestra. This honour by the British organisation is in recognition of the band's importance to the history of British jazz.

Jones said "I consider it an honour to share this story of forgotten heroes and heroines of jazz with the world".

Prepared by Myrna Hague Bradshaw. The Jamaica Ocho Rios International Jazz Festival salutes the memory of the Caribbean musicians who were members of the Southern Syncopated Orchestra, who took jazz to the United Kingdom.

This honour by the British organisation is in recognition of the band's importance to the history of British jazz.