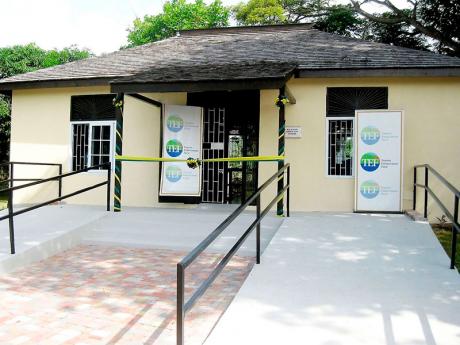 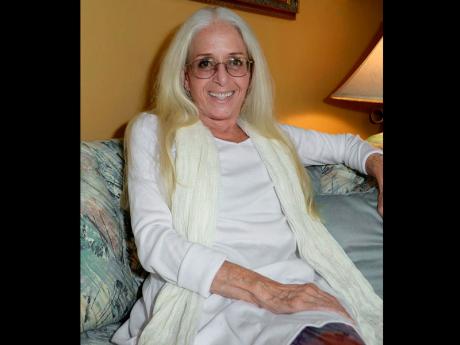 WESTERN BUREAU:On July 18, 2009, Jamaica officially welcomed the Rio Nuevo Museum, a new attraction on the north coast of the island that has recaptured a significant slice of the island's history.

The museum reminds us that, some 350 years ago, British and Spanish forces fought fiercely for control of Jamaica. The final battle that determined which of the two countries would own the rights to the island took place at Rio Nuevo, located near Boscobel in St Mary. In the mid-20th century, the site of the battle was discovered and the land subsequently turned over to the people of Jamaica by the Beckford family.

The opening of the museum was the end result of a relentless search for remnants of that decisive battle by noted artist Susan Shirley.

The museum places emphasis not only on the battle, but also on the history of the Rio Nuevo area from the time of its settlement by the Tainos (original inhabitants of Jamaica), through to the 20th century. It has been declared a national monument and is the property of the Jamaica National Heritage Trust, which manages the site.

Speaking at the 11th Annual Symposium of the Archaeological Society of Jamaica, held recently at the University of the West Indies, Shirley recalled how she first realised the importance of the site overlooking the Rio Nuevo Bay on which she and her husband (retired management consultant) Greg were planning to build their retirement home.

"While the workers were digging a foundation trench, they unearthed a cannon ball, presumably deposited during the battle which took place in 1658," Shirley said. "I was very excited by this discovery and I asked our construction crew to be on the lookout for anything 'old'. This produced an array of objects - old rocks, soda bottles and old Red Stripe caps."

Word of the Shirleys' interest in 'old things' circulated through the community and very soon a woman from a nearby cook shop brought what she describes as, "an odd, ring-like piece of pottery. I later learned that it was the rim of a Spanish olive jar, the type used in the 16th and 17th centuries to store and transport olive oil from Europe."

Her interest and curiosity fired up, Shirley began to walk the area, picking up quantities of pottery shards. Over time, between her efforts and those of her workers who had now become an active part of the 'search and find' team, she amassed more than 20 sizeable carton boxes of evidence, not only of Spanish and British occupations, but also of the Tainos.

"As we dug deeper and deeper into mounds that we found on the site and our collection of artefacts grew, visions of buried treasure began to dance in our heads. Why not? Others have buried valuables in hasty evacuation, and stories of Spanish gold abound in our area," she exclaimed.

What she also discovered was that the area was occupied by British colonials of substantial means. The items echoed the well-documented fact that Rio Nuevo was once a thriving harbour town, whose many wharves are still visible. She also found several shipping-related items. Shirley's preoccupation with her finds led to her extensive research on the history of the area. She was able to determine the lifestyle of the English residents based on the shards unearthed.

"The items that I found indicated households that lived a very comfortable lifestyle. Elegant porcelains, elaborate crystal goblets, finely made and ornamented livery, and copious amounts of wine bottles, all shards, of course," reveals Shirley.

"My method of dig-location was not very scientific, and relied primarily upon opportunity of the moment. I must have presented quite a spectacle as I jumped in and out of trenches, wandered muddy fields, eyes glued to the ground and, quite literally, found myself in front of more than one bulldozer as they exposed more and more layers of earth for my perusal."

Each dig produced considerable quantities of artefacts, which she transported to her home in Kingston. There, she carefully cleaned and sorted them, becoming more excited as the collection grew.

Working along with the Rio Nuevo Heritage Foundation, and with the financial assistance of the CHASE Fund, Capital and Credit Merchant Bank, the Tourism Enhancement Fund and Friends of the Battle Site, Susan and Greg Shirley, together with the Rio Nuevo Battle Site Association, proceeded to create a park out of the legendary battle site. This park became a passion for Susan. Her quest is to maintain the very high standards that she, the Heritage Trust, and the association have set for the facility. Doing so is not a huge challenge for her, as the park literally sits within a stone's throw from her home.

Having turned over her catalogued collection to the Jamaica National Heritage Trust, she felt she had to go another step. Fine artist that she is, she created 'An Artist's Impression of the Rio Nuevo Battle Site', based on historic maps of the area that she came across in her research.

"I am reminded of the many days I jumped in and out of foundation trenches and fields, walking in the early mornings and evenings, fingernails crusted with dirt, carrying a 'scandal' bag full of mysterious finds," she recalls.

The Battle Site Museum is a fulfilment of a discerning woman's vision, and evidence of a patient and understanding husband and a supporting community.