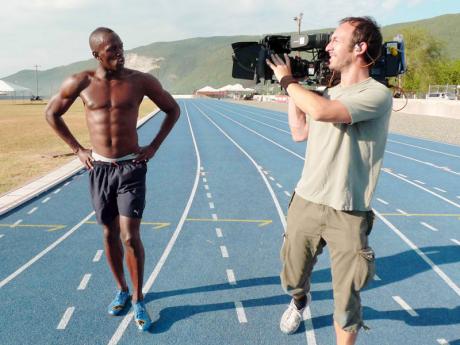 Sprinter Usain Bolt being filmed at the University of the West Indies, Mona campus.-Contributed photos 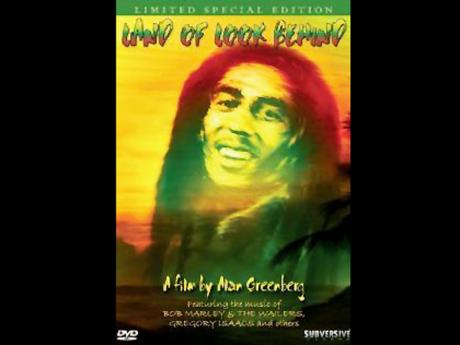 The 2013 Jamaica International Reggae Film Festival is scheduled for August 1-5 at the Island Village centre in Ocho Rios, St Ann. With an outdoor stage and lawn, Island Village is also home to the Cove Cinema and the Reggae Revolution interactive exhibition of reggae music history. This makes it a fitting venue to screen feature, documentary, animated, and short films, as well as music videos devoted to Jamaica's reggae culture.

The Jamaica International Reggae Film Festival pays tribute to films produced by lovers of reggae music and Jamaican culture. This includes feature films with reggae soundtracks, as well as films recounting the history of the music's artistes, musicians, and promoters. The festival also highlights international documentaries and features which should be of interest to Caribbean audiences.

This year's feature films include an innovative black British comedy, a Jamaican horror movie, and an unusual feature from the Rastafari counterculture in Vienna, Austria. The festival will screen documentaries on Jamaica's Maroon culture, the architectural roots of Trench Town, and an entertaining new look at Jamaican sprint legend Usain Bolt.

Of special importance is the festival's Cine Jamaica category of films by young Jamaican film-makers.

The festival will introduce a new category of awards for music videos, the starting point and source of income for many Jamaican film-makers. Among the entries is a video from Natural Dub, a Costa Rican reggae band.

The 2013 Jamaica International Reggae Film Festival pays tribute to women in film, honouring late Jamaican actress Madge Sinclair by showcasing the work of several female filmmakers. These include Danielle Scott-Haughton, director of the TV Series Dear Jesus; and Mitzie Allen, co-director of Hama Films from Antigua, whose feature The Skin will open the festival. There are also Patrice Johnson, director of the feature Hill & Gully; and Paulette King, director of Forgiveness - Lessons of Life.

Rhona Fox, actress and CEO of FoxFuse artist management company, will be a member of the festival jury.

Other activities of the 2013 Jamaica International Reggae Film Festival include the annual Make A Film In 24 Hours competition. Competing teams will set off at midday on Saturday, August 2, from Island Village, and are to return on Sunday with their completed five-minute film.

There will be daily seminars on various aspects of films and filming, while Midnight Movies on Saturday night will present a special screening of the Usain Bolt documentary and a feature film on the Ocho Rios attraction, Mystic Mountain.

The awards will be presented Tuesday, August 5, followed by an after party and dance on the Island Village lawn.