Williams to focus on getting convictions 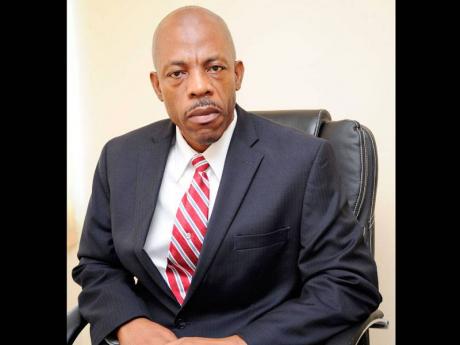 With the latest data from the Jamaica Constabulary Force (JCF) showing an escalation in murders and other serious crimes across some of the traditional hot spots, newly minted head of the crime portfolio, Carl Williams, says his first order of business will be to increase the rate of criminal convictions and build the investigative capacity of the police.

Williams, who has been promoted to deputy commissioner of police and given responsibility for the reinstituted crime portfolio, said increasing the clear-up rate for all crimes is another issue that will get priority attention during his tenure.

"What I am most concerned about is the fact that clear-up rates are low generally. I am not going to speak about the specific numbers. I am just going to tell you that the numbers are too low, much lower than I would like to see them," he told The Gleaner yesterday.

"So I am going to be focused on clearing up more crimes and convicting more offenders," WFilliams added.

Statistics compiled by the JCF show that 442 murders were recorded islandwide between January 1 and June 1 this year, a six per cent decline when compared to the corresponding period last year.

However, the statistics show that only 110 or 25 per cent of those reported murders were cleared up.

In the Kingston Central Police Division, 16 murders were reported over the same period this year, but none of them were listed as cleared up.

According to the statistics, a copy of which was obtained by The Gleaner, the clear-up rate for shootings reported over the five-month period was 34 per cent, 39 per cent for rapes and 70 per cent for aggravated assaults.

As part of his push to improve these numbers, Williams said the police would place greater reliance on the use of technology in their investigations.

"So you will see that we will be focusing a lot on forensic and crime-scene investigative work," he said.

"Because that will give you much greater mileage than relying on witnesses solely to solve crimes ... it can pay a lot more dividends," he reasoned.

Added Williams: "When you have scientific evidence that link offenders to crimes, it is much more easily defended by the police in court."

Williams said training would be an integral part of this new focus, but noted that the JCF would have to continue the "hard-nosed" detective work it has been doing and build on the synergies created with other operational units in the JCF.