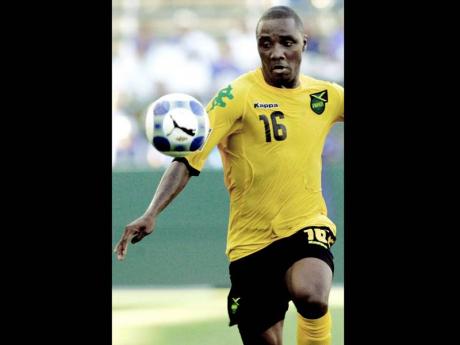 FOR Theodore 'Tappa' Whitmore's Reggae Boyz, losing against the United States tonight is not an option.

With only two points at bottom place in CONCACAF's Hexagonal, Jamaica's national football team is desperately in need of victory against their American counterparts to remain legitimate contenders in the six-team World Cup Qualifying (WCQ) race for spot at Brazil's 2014 Finals.

Mexico lead the standings with six points, followed by Honduras (five), Costa Rica, the United States and Panama, four each. The top three will automatically qualify for Brazil, while the fourth will play against Oceania champions New Zealand for a fourth spot.

Kick-off is scheduled for 8:30 p.m. at the National Stadium, where their position took a beating with Tuesday night's 1-0 home loss to Mexico.

En route to their only WCQ appearance, France '98, for most of its matches, the Jamaican team virtually got a lift at the stadium from the crowd, as the people partied and backed the Boyz to the max while creating a vibe in the place they made a fortress with unbeatable performances. For the latter reason, it is called 'The Office'.

Ironically, the current predicament mirrors the 1998 campaign where Jamaica had two points heading into the halfway stage of the Hexagonal. Then, against Costa Rica - before a near-empty stadium - Andy Williams let fly one from midfield to secure a 1-0 win that sparked new life in the series.

Spectators, barely half the stadium, agonised over the loss suffered by its undermanned squadron few nights ago, as three-quarters of the regular back four are out due to injury.

Nyron Nosworthy, Demar Phillips and Jermaine Taylor are still missing so Adrian Mariappa and his new companions, German-based centre half Daniel Gordon, schoolboy Alvas Powell and fellow wing defender O'brian Woodbine, who plays in the Super League but had prior experience with the Reggae Boyz, will be tasked to keep Clint Dempsey and company away from Donovan Ricketts' goal.

The coach looks set to strengthen his midfield with the availability of Jermaine 'Teddy' Johnson, whose skill and pace could provide the injection to revive a woeful attacking force. He missed the Mexico game through an accumulation of cards.

In four matches, the 49th-ranked Jamaicans have only scored once, Marvin Elliott's headed finish from a corner kick in the 1-1 home tie against Panama.

Many chances have been created since then, but the strike force has not been clinical. Ryan Johnson and Jermaine Hue from mid-pitch, along with Garath McLeary and Je-Vaughn Watson from wide, shouldered much of those responsibilities on Tuesday.

A defensive formation with one striker, Johnson, and five midfielders, two central - Austin and Elliott - might likely be changed to generate greater offensive threat.

The Americans rank among Jamaica's toughest opponents, with the Reggae Boyz recording their first ever win - 2-1 over the US through free kick goals from Rodolph Austin and Luton Shelton when the teams met for the 18th time - at 'The Office' in semi-final round WCQ last September.

The US won the return WCQ tie 1-0 on Dempsey's goal last year to secure their 11th victory in 19 clashes.

Jurgen Klinsmann's team has played one less match than Jamaica, with Dempsey their talisman, netting twice in two of their matches in the Hexagonal. He also scored in practice matches within the past 10 days, against Germany (twice), when they won 4-3 and Belgium (one penalty), in a 4-2 loss.

Mike Bradley will play a pivotal role for the US from midfield, as well as the very physical Jermaine Jones.

They arrived Tuesday and while stating his regard for the hosts, Klinsmann's says they 'need' the points.

"I think all the teams in the Hexagonal know each other really well, we've got no secrets really," said Klinsmann.

"We expect a tough game, that's why we came out a little bit earlier, because we want to get a good result here."