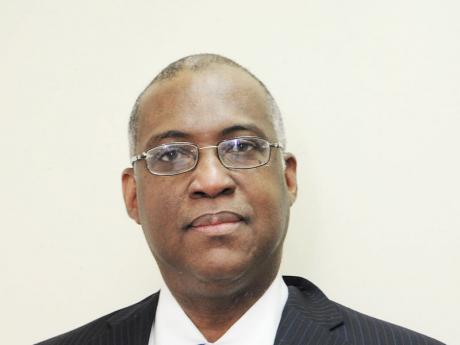 Boyne: Tolerance does not mean acceptance.  And this is my problem with some gay people: ... Any rejection of homosexuality as morally wrong is seen as homophobia.  That is nonsense and an abuse of language to shut down conversation.

I was delighted that the media were equally outraged by the JTA's brazen and brash attempts to squelch Dixon's democratic prerogative as they were with his crude and vulgar references. I was disgusted with those who wrote to the media to say Dixon should be fired from his job at Mico. And in my view, Mico was quite in its right to dissociate itself from Dixon - though it should not feel constrained to do so - but I don't know what that talk about having a further meeting on the issue was about.

So one of its lecturers was rude and insolent; so what, he should lose his job? Nonsense! The JTA, after its egg-on-the-face backtracking, said, "The decision to allow Mr Dixon to remain a candidate for the upcoming election of president-elect of the association does not in any way reflect that the JTA is in support of Mr Dixon's recent pronouncements." Which is a non-sequitur, for the association should have known that in the first place. If it had a healthy respect for democratic principles and free speech, the JTA would never have found itself in that embarrassing position of taking that decision to drop Dixon from the slate.

I think we generally have a problem with tolerance in this society. At all levels and on all issues. And nowhere is that more clearly and poignantly manifested than in our discussion of homosexuality.

And this intolerance is not limited to what the Gleaner editorial writer calls "noisy fundamentalist pastors and their fellow travellers". Many of the so-called sophisticated, urbane and cosmopolitan gay- and human-rights activists are also guilty of intolerance. This debate on homosexuality is heating up again, with the Jamaica Coalition for a Healthy Society (JCHS) and other Christian groups readying for battle. And some are ready to die in that battle, too.

According to one of two Gleaner page one lead stories last week, the head of the Church of God in Jamaica, the Rev Lenworth Anglin, said: "There are some of us like Peter and John who will confront them (gay-rights activists). There are some of us in the evangelistic thrust ... in this country who are prepared to die for the truth."

This offer of martyrdom was apparently stirred by attempts in the courts, in Belize and Jamaica, to push the gay agenda aggressively in the region, as these Christian activists would see it. The three television stations were challenged in the Jamaican courts recently for their decision not to air an ad promoting tolerance for gay people. Some Christians fear that the buggery law might be repealed and that Jamaica might bow under international pressure to not only repeal that law but to go on to legalising homosexuality.

They are not counting on our tradition of deep-seated hostility to homosexuality to reassure them that "it can't happen here". They know two things: Money talks in Jamaica - and Jamaicans listen when it talks - and they know we are strongly influenced by the United States.

The JCHS kicked off this latest round of debate on homosexuality with a full-page ad rightly rejecting the subtle but persistent and pernicious effort to label all opposition to homosexuality as homophobia. I have drawn attention to this before and have warned about the threat to free speech posed by the gay lobby and some gay people. They frame the issues in a way which show their own appalling intolerance. The gay lobby in North America has succeeded in getting many university campuses to ban what they label as 'hate speech', which, in many instances, is just opposition to homosexuality.

Gays have defined hate speech as speech which causes offence, emotional harm and injury to gay people; speech which demeans. Now, I agree that speech that insults is not desirable speech. It is not in good taste. But I submit to you that free speech must include the right to be offensive.

Once you take this matter of political correctness and make it into law, you are going down a slippery slope. I will at another time give a full critique of hate-speech legislation, but suffice it to say hate speech is being used as a ruse to suppress free speech and to mask intolerance.

Dr Wayne West, Shirley Richards and other anti-gay activists fear that the gay lobby has anti-democratic tendencies. Well, let's be specific. There are pro-gay advocates who say that any labelling of homosexuality as an abomination, inherently sinful and degrading is necessarily wrong and demeaning of people's humanity.

In other words, when Christians use the Bible to label homosexuals as Sodomites and say their homosexual acts are abominable, that speech should not be protected for it is prejudicial and harmful. It is certainly offensive to gay people (at least some). But shouldn't Christians like Lennie Anglin, Al Miller, Gino Jennings, Bishop-Healer-Reader Man Maurice Perrier have the right to go on television and denounce homosexuality as a grave sin incurring God's wrath and destruction through earthquake? Should that speech be censored?

Many gay people say yes. I disagree. I say free speech accords the right for these fundamentalist Christians to express their views. Just as our television stations in this free, democratic and pluralistic society should be free to air that ad promoting tolerance and love toward homosexual. I treasure my relationship with the management of Television Jamaica, but I also treasure free speech and tolerance. If I were running that station, I would have aired that offending ad.

But TVJ has the right, as an independent broadcaster, to reject the ad. The view of Maurice Tomlinson, whom I have a high regard for, that his right as a gay man is violated by the television stations is absurd. A media entity reserves the right to reject any ad based on its own subjective criteria. And it has to exercise its judgement in the context of its marketplace. If it deems that an ad - however benign - would be offensive and repulsive to the majority of its audience, it is defensible, both on the grounds of private market interest and majoritarian democratic principles, to reject that ad.

What I personally would have preferred is TVJ, CVM and PBCJ showing leadership, courage and making a strong statement for tolerance by going against majoritarian prejudice and intolerance and airing that ad. Somebody has to face down the mob! Somebody has to show courage.

I am for tolerance: full stop. Tolerance does not mean endorsement. Tolerance does not mean acceptance. And this is my problem with some gay people: They seem to feel that if someone is truly tolerant, he must make no judgement on the morality of homosexuality. Any rejection of homosexuality as morally wrong is seen as homophobia. That is nonsense and an abuse of language to shut down conversation.

Christians must continue to be free to preach that homosexuals will burn in hell if they continue their "abominable, nasty and dirty practices". People have a right to their prejudices. I believe the answer to bad speech or hate speech is "more, better speech", as has been famously expressed. A genuinely democratic, pluralistic society is necessarily tolerant of obnoxious views. The Christians are right to push back the attempts of gay people to shut them up in their vociferous attacks against homosexuality.

People like my friend Annie Kitchin will argue, as she did recently on my 'Religious Hardtalk' show, that denunciation of homosexuality usually leads to actual violence. No. The majority of people who 'bun fire' on homosexuals don't go on to physically harm them. There is no statistical relationship between the amount of fiery preaching against homosexuality and even homosexuals and the actual violence against them. None.

I get bashed by both sides on this homosexuality debate. (As I do on most issues because I don't take partisan, glandular positions) I can't get fired up to retain the buggery law. I don't see why a secular society should want to be a theocracy. If we are not criminalising adultery and fornication - which carried the death penalty equally with homosexuality in Old Testament times - why are we using the Bible to retain on our books a law to criminalise people committing homosexual acts?

Christians fear that repealing the buggery law is only going to lead gays to press for more concessions. "They will keep pressing until they reach legalisation." Also, there is a view of the law which says it must do more than deal with punishments and dispense justice: It must send a signal as to what the society values and abhors. So the law against buggery sends a certain signal, some would say. Its repeal would send another signal. But I don't think Christians should worry. This set of parliamentarians won't have the guts to change the buggery law. Don't sweat the small stuff, brethren.

You won't have to die for this, Rev Anglin. Unlike many of my fellow Christians, I could tolerate ads on TVJ and CVM promoting tolerance for gays and asking us to love them. But, equally, gay people must understand that those the Gleaner editorial on Wednesday dismissed as "the noisy fundamentalist Christian pastors and fellow travellers" must also be tolerated.

Yes, democracy is noisy, even boisterous and disorderly. That's the price of free speech. Free speech is uncomfortable. Many people will abuse it. But we must fight hard to preserve it.

I am glad that gay people can finally come on Jamaican television, show their faces, and say, in effect, "I am gay and I am proud." And that they can live to return for another appearance. But Gino Jennings must also be free to come on and condemn them - as he should divorced people like me. Let a hundred flowers bloom!