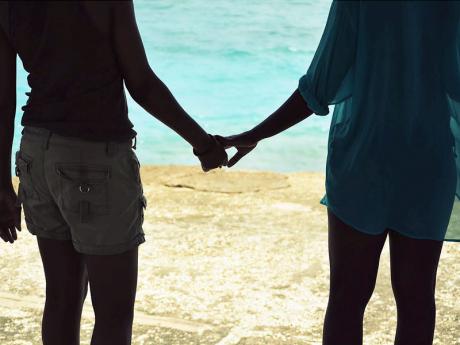 Jamaica is not as anti-gay as some of the gay-rights anti-nationalists would like to portray. Gay persons who get credible threats in this country can get the police to act.

I defend the right of people to fight for what they believe in. That is what democracy is about. Similarly, being the sociologist that I am, my uncompromising view is that the fundamental task of society is to preserve and to perpetuate itself over time.

True, rights of the individual are sacrosanct. However, according to Article 29 of the United Nations' (UN) Universal Declaration of Human Rights, they are "... subject ... to such limitations as are determined by law ... and respect for the rights and freedoms of others and of meeting the just requirements of morality, public order and the general welfare in a democratic society".

Despite activism, the UN has not yet accepted that gay rights are fundamental human rights. Jamaica's Charter of Rights does the same. So, you can't defend what is not yet yours.

Moreover, Article 21 (3) declares that the "... will of the people shall be the basis of the authority of government ...", and Article 16 (3) states, "... Family is the natural and fundamental group unit of society and is entitled to protection by society and the State." This is what the majority of Jamaicans feel. This does not equate to homophobia, whatever the word means.

But, tell me, in real terms, what do the gays in Jamaica want? It can't be freedom from prejudice, because this is a country where people still think that I am pigmentally unsuitable to date vanilla-skinned women. Some persons think Indians have certain associations with callaloo; white people are 'raw'; Chinese would quickly swallow up Doran Dixon's intemperate references; while Maragh says, "'Karpar' head look like black pepper grain", and good 'air is not simply a tyre brand. The point is: People are going to hold on to their beliefs and preferences about persons who are different.

It is free speech. So what, if someone calls me the pejorative 'nayga bwoy'? As long as 'him no touch a button', or stops me from working, I am OK.

Jamaica is not as anti-gay as some of the gay-rights anti-nationalists would like to portray. Gay persons who get credible threats in this country can get the police to act. Ask the overly rambunctious guys in New Kingston if the boys and girls in blue do not respond. In fact, some citizens feel that those progressive cops have, in a manner of speaking, bent over backwards to accommodate them, despite their being nuisances.

Indeed, the recent impotence of the police to stop the continued occupancy of the upscale property in Millsborough has many ordinary Jamaicans wondering what the police would have done if the culprits were straight.

Nevertheless, I am willing to bet that the majority of persons who think that they are gay-tolerant are so only because it is out of their sight and they do not visualise the mechanics of it. It is not too dissimilar to the avowed meat-eaters, who can't stand the slaughter of chickens, or their pet goat. A fact that too many gay advocates, including many lesbians, don't readily admit is that the idea of two men copulating is gross and disgusting to the average person.

Epitomised in the words of my dear friend, and unapologetic 'peniphobe' lesbian, "If I don't like one, how can I stomach seeing two?" The point is, the majority of Jamaicans find gay sex unpalatable and don't need to be reminded of it up in their faces. And by the way, if you think you are gay-tolerant, rent and watch a male-male gay Blu-Ray DVD.

Now, that is a far cry from legitimising any kind of harassment against the community. For the record, unless you can prove that someone is a practising homosexual or he comes out of the woodwork swinging, you can be sued for defamation. Furthermore, if the police catch a pair of men having relations, they have no authority to do anything except arrest them. Only if they resist and behave 'bwoystirus' is the arresting cop empowered to use force. Making any denunciatory statement about them is against the policy of the High Command.

And, yes, the UN Declaration and our Charter both dictate that any inhumane treatment of accused persons is a human-rights violation. Nothing, in law or practice, gives anyone the right to use or promote violence, except where a person is a credible and present threat and danger to others.

Thus, 'B—-ybwoy fi dead!' is not free speech; it could be an incitement to violence, because, despite the majority of well-thinking Jamaicans having no proclivity to harm gays, there are some idiots who will take it as a call to action. Furthermore, there are laws against threatening persons, and the pointing of fingers is common assault.

Maybe lawyer Maurice Tomlinson can advise me, but I believe that someone who wilfully promotes violence against others is committing a crime in Jamaica. If not, this must be a direction for the legislators to look.

Nevertheless, it is about time that people stop telling lies on their country in order to fulfil personal agendas. In 2006, Time Magazine maligned this country by describing us as the most homophobic country on earth. At the time, I rebelled against the label and implored the J-FLAG representative, on air, to reject this lie, because they live here. On my radio programme and on TVJ's 'All Angles', I said that there were 80 nations that were more anti-gay. My position is still the same. According to the UN, 75 other countries apart from Jamaica have anti-gay sex laws. Moreover, at least five nations have the death penalty.

The fact that J-FLAG's representative can travel unmasked in Jamaica and speak out on national television, and the lawyer, who ran away because of mortal fear and, surprisingly, is brave enough to be here to sue the media, proves the label is pathological mendacity.

Nonetheless, I acknowledge that some gay persons have been harassed and killed, but that is not the norm, and many other categories of Jamaicans suffer violence.

Jamaica has had public figures and ordinary 'effemophiles' who have lived in relative peace. It is simply not true that the average gay man or woman has to run for his/her life in this country. Never mind that people call them, the sound of a motor car horn; most women on this island can hardly walk in peace, without some idler saying nasty things to them, some of which the yokels think are compliments.

My position is simple: As with the many times mentioned in the 2003 case of Lawrence v Texas, my position is that Government needs to keep its agents out of people's bedrooms. Thus, police should not go into persons' homes if the only crime they are investigating is adult consensual buggery. However, sex on the beach (other than the drink) is arrestable for hetero and homo. And if a guy wants to display behaviour that is contrary to the norms, he must allow for the freedom of others to call him what they want, because this is a free country. However, they must not touch or threaten him.