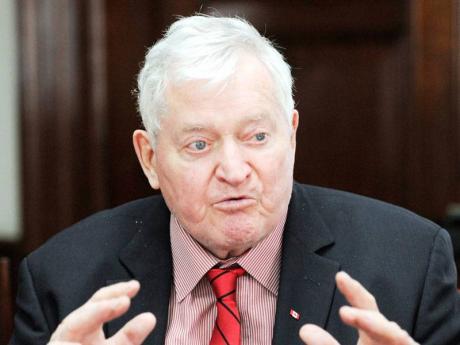 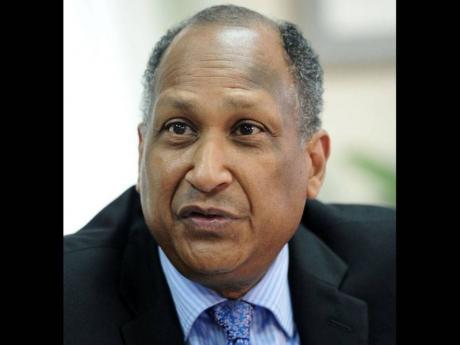 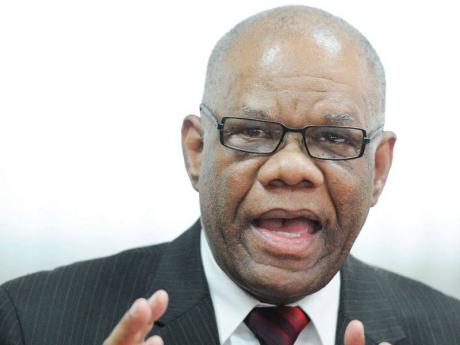 HONORARY CHAIR and patron of the Jamaican Canadian Initiative for Disaster Resilience and Response (JCIDRR), former Canadian Prime Minister John Turner, says Jamaicans and Canadians alike are being mobilised to assist the country in the event of a natural disaster.

The JCIDRR is an organisation established to assist the development of Jamaica's capacity for disaster resilience and response to minimise the effects of natural disasters.

Turner, who, on Monday, met with Prime Minister Portia Simpson Miller in Kingston, said the organisation is committed to putting in place expertise and financial support to "equip Jamaica with an up-to-date counter-reaction to disaster and avoid the type of situation that Haiti has gone though in the last several years".

Turner was among several stakeholders who were guests at a Gleaner Editors' Forum held at the company's North Street offices on Monday.

"I undertook this role because I wanted to advance the cause of Canadian-Jamaican friendship and the process of shaping a process to anticipate and deal with tragedies such as hurricanes, floods, earthquakes, and other natural disasters that Jamaica and other Caribbean countries face because of geography," Turner said.

He said the JCIDRR has the support of Canadian Prime Minister Steven Harper.

George Ramocan, Jamaica's Consul General to Toronto, who played a key role in forming the organisation, said the manner in which response effort was handled in the aftermath of the Haiti earthquake brought home the need for a coordinated response to disasters.

"I am aware of the sort of waste and duplication that occurred. Persons were passionate and sincere about helping, but because of the urgency, the disorganisation, the lack of communication, you find that much that was intended to happen for Haiti did not happen," Ramocan said.

Ramocan told the Editors' Forum that the JCIDRR would be partnering with the Office of Disaster Preparedness and Emergency Management to respond to disasters.

Howard Shearer, who is the chairman of Hitachi Canada, and a key player in the JCIDRR, said a critical part of disaster mitigation is the engagement of the private sector.

Shearer noted that the private sector did not only exist to make money, but it also has a sense of social responsibility, which must be encouraged. He said that in engaging private sector interest in Canada, through the JCIDRR, to invest in Jamaica, would redound to the benefit of the country's disaster resilience building.

"Disaster mitigation and resilience is in the self-interest of the private sector," Shearer argued.

Shearer, whose father, Hugh Shearer, was prime minister of Jamaica, stressed that the engagement of the private sector for disaster mitigation would in no way undermine the role of Government.