20% of our children have educational deficiency 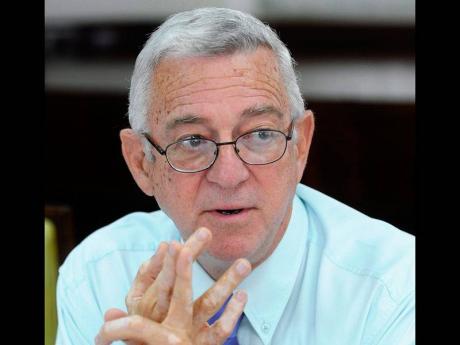 MINISTER OF Education, the Reverend Ronald Thwaites, has blamed the lack of trained teachers in the early childhood sector for the 50 per cent failure rate of students sitting entry tests to attend primary schools.

"We have some things that we need to correct in our early childhood system. Of the educators in the system, only 20-odd per cent of them are trained at all, so is it any wonder why close to 50 per cent of the children moving from early childhood institutions into grade one primary cannot pass the aptitude test?"

Thwaites made the revelation while giving the keynote address at a joint St James Central Constituency and Jamaica Awareness Association of California Education summit, hosted at the University of the West Indies, Western Jamaica Campus,

last Friday. The event was held under the theme 'Empowered by Knowledge: Obstacles to Education in Jamaica'.

Thwaites further attributed the failure rate to the fact that some children are suffering from some form of educational deficiency.

"We have 20 per cent or more of our children who have some educational deficiency, from mild to severe. Teachers, you know this, you labour with them, [are] frustrated by them, and they are frustrated with you, and all of us and, cruelly, we have not been paying sufficient attention to it," he explained.

Thwaites said over the years, the ministry has largely ignored the foundation of education, which is the early childhood system, but steps have been taken in this year's Budget to correct that.

He said the ministry would have to be creative in its use of finances as there are no "boops" abroad or locally who are going to pay for the changes in the education system.

"So we have to look among ourselves to see how we can do better with what we have."