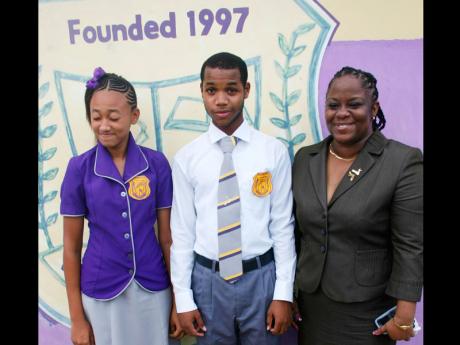 Teacher Shyrel-Ann Dean (right), who is spearheading the sixth-form project at Ascot High School, St Catherine, poses with students Ace Marsden (centre) and Najwa Castillo who modelled the uniform that will be worn when the programme gets going in September. 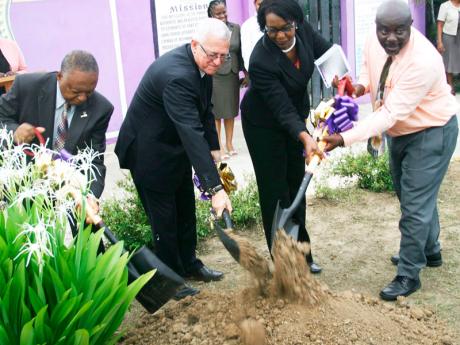 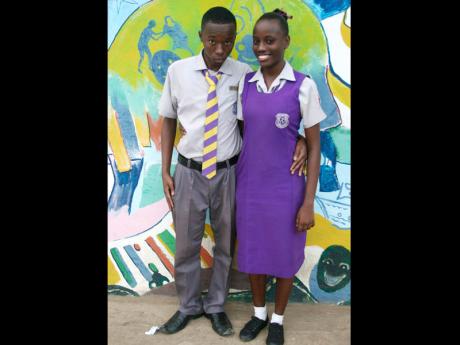 PORTMORE, St Catherine:EDUCATION MINISTER Ronald Thwaites on Wednesday challenged Jamaican parents and guardians to get their priorities right and begin to invest in their childrens education from a very early age, in order to prepare them to adequately meet the emerging challenges of the new global order.

He threw out this challenge at the groundbreaking ceremony for a sixth-form block at Ascot High School in Greater Portmore, St Catherine: What I hope for is the day when every family will open a credit union account, or start some savings programme for every child, almost from their birth. Forget the designer jeans and the bags and the bling shoes. Forget the empty graduations, full of pictures and baubles but have little meaning. Put down the money so that your child can have a decent contribution to their education.

Come September, the school will begin offering a wide range of subjects at the Caribbean Secondary Education Certificate as well as the Caribbean Advanced Proficiency Examination levels, in addition to professional development and leadership training courses.

The minister noted that the impact of this new development will resonate well beyond the school compound and go a far way in redressing a long-standing historical wrong.

In the past, I have been known to espouse the view, I still hold it, that the economic and social system of this country has been designed to transfer the few resources of the many poor to the rich, Thwaites declared. This is still the case to a large extent. (However) this simple but profound thing you are doing is a huge sign of a reversal of that trend.

Commending the school for the impressive strides it has made since opening in 1997, Thwaites underscored the importance of its recognition of the need to modify its educational offerings to remain relevant to the needs of the modern workforce.

He admitted: Many of us, at all levels of the education system, have the reverse notion that the world must change or revert in order to suit us, (but) thats not going to happen. We are the ones who will have to prepare ourselves for the new reality that the globe is pressing upon us.

Meanwhile, Shyrel-Ann Dean, who is co-coordinating the sixth form-preparation project, told The Gleaner that the necessary retrofitting/renovations are projected to cost some $3-4 million, money the school will have to find. This will include expansion of laboratory facilities as well as new furniture and equipment.

The high school, which sits on premises housing a primary and basic school, has some 1,200 on roll and will start small, with eventual plans for an entire state-of-the-art sixth-form block. For now, there will be two classes with a combined total of 60 places.

Fitz Jackson, member of parliament for South St Catherine where the school is located, pledged $1 million towards the fundraising effort, with Thwaites saying the education ministry would match this amount. Portmore Mayor George Lee donated an undisclosed sum, and promised ongoing support for the project.